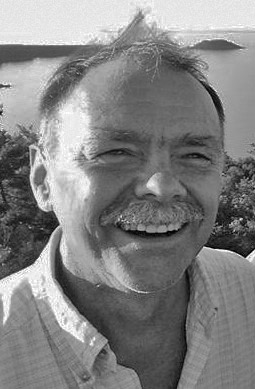 Born October 25, 1944, in Muskegon, a son of Ned and Esther (Anderson) Dursema, John was raised in Muskegon where he graduated from Muskegon High School, Class of 1962. He began his working career with Gerber Baby Foods and started taking classes at Muskegon Community College. He continued his education at Michigan Technological University in Houghton, graduating in 1969 with a bachelors degree. He was employed briefly with IBM in DePere, Wisconsin before moving to Marquette in 1971. For many years, John was employed as a computer programmer with Northern Michigan University. He also became a licensed realtor and began acquiring properties, later becoming a real estate broker. In his spare time, John enjoyed anything outdoors, enjoyed hunting, and traveling.

Survivors include his wife, Linda Wilson; a daughter, Lori Malnor of Marquette; two grandsons, Cody Malnor of Folsom, CA and Luke Malnor of Marquette; three step-children, Jessica (Damian) Josefsberg of Miami Beach, FL, John J. Okonkowski of Marquette, and Derek Okonkowski of Poland; step-grandchildren, Liliana, Maximilian, and Violeta Josefsberg of Miami Beach, FL. He is further survived by his brother, Harry Dursema of Arizona; his former wife, Karol Dursema of Marquette; his mother-in-law Barbara Wilson; brothers-in-law, Harold “Jim” Wilson of Marquette and William “Bill” (Leslie) Wilson of Charlevoix, MI; a sister-in-law, Sara (Steven) Smith of Virginia; his best friend, Gregg Seiple, of Marquette; and several nieces and nephews. He was preceded in death by his parents; a brother, Ned Dursema and a sister, Janet.

Honoring John’s request, a celebration of life will be held at a later date.

Entombment will be made in the Park Cemetery columbarium.

In lieu of flowers, memorials may be directed to the Brookridge Heights Assisted Living Activity Fund, 1901 Division Street, Marquette, MI 49855.

The family would like to express their appreciation to all the staff and caregivers at Brookridge Heights Assisted Living Facility and Norlite Nursing Center for the compassionate and professional care John received and for the many kindnesses they extended to the family.