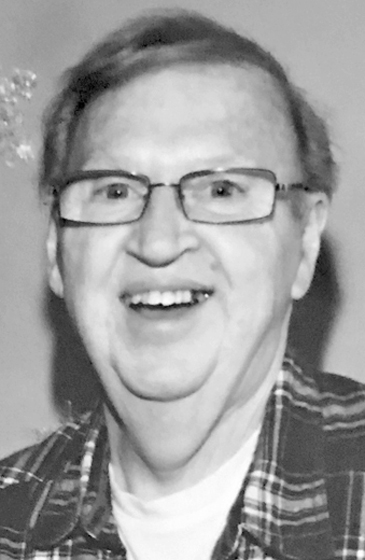 Memorial services will be held at a later date.

Paul was born Dec. 24, 1944 in Ishpeming, Mich. He worked at Mather B and Republic Mines as a young man.

Paul moved to Alaska in 1981 and worked for Unocal and eventually retired as a Unit Coordinator.

He attended Brethren Services and was a member of the Elks Club.

His family wrote, “Paul, was surrounded by his family as he went to be with our Lord Jesus. He will be remembered as a loving husband, father, grandfather and great grandfather. The last week, with his family, we all reminisced about past experiences and how he would say ‘jeekers” when he found something funny. He enjoyed his family and all of his friends whether it was visiting at the coffee shop or inviting friends over for spaghetti dinners. He was nicknamed “Bruz” by family and friends back in Michigan but moving to Alaska was nicknamed “Pookie” by friends he worked with at the Colliers/Agrium plant. He will be greatly missed but will live forever in our hearts.

He was preceded in death by his parents, Paul and Lois Pietro, and his sister, Suzanne Coron.

Paul is survived by his wife of 55 years, Jeanette Pietro of Sterling; sons and daughters-in-law, Paul John and Mimi Pietro of Simi Valley, Calif., and Brad and Denise Pietro of San Tan Valley, Ariz.; daughters and son-in-law, Laura and Mark Diaz and Heather Pietro all of Simi Valley, Calif.; grandsons, Logan, Cody, Kyle, Brody Ryder and Cash; granddaughters, Ashley, Paige, and Lihla; great-grandchildren, Lillian, Carter and Emma; sisters and brother-in-law, Zoe and Dudley Nelson of Ishpeming, Mich. and Janice Wik of Grand Rapids, Mich.; and many nieces and nephews.

Arrangements were by Peninsula Memorial Chapel in Kenai, AK.