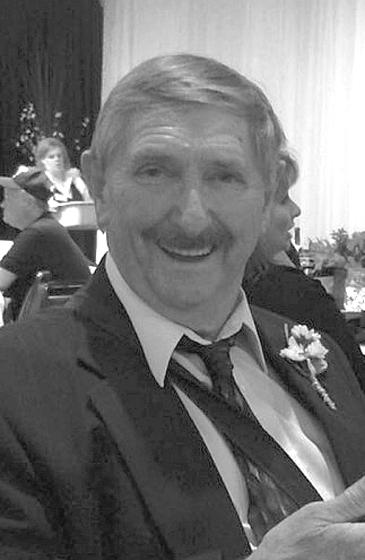 ISHPEMING, MI – Kenneth G. Nicholas, age 77, of Ishpeming Twp., lost his 4-year battle with Pulmonary Fibrosis on Friday, March 20, 2020 while under the loving care of his family and the Upper Peninsula Home Health and Hospice.

Kenneth was born in Ishpeming on May 22, 1942, son of the late Irma (Haavisto) and William Nicholas. Ken was a graduate of the Ishpeming High School, Class of 1961. His work career began with LakeShore Inc. and then to Cleveland Cliffs Iron Co as a shop supervisor prior to moving back to LakeShore where he finished his career as a Cost Estimator. Upon his retirement, Ken and his wife Kris moved back to Ishpeming 12 years ago.

Ken would often say family is Life’s greatest blessing. Almost all of his fondest memories were of time spent with his children and grandchildren -in the woods, fishing at his favorite stream or hunting with the Republic Rabbit Club, or just simply his daily game of cribbage with Jeff. He taught them all how to enjoy life every day, to have fun with the little things, to go to the woods to find answers, to live the life you want to live. Smiling he would say, “I love it when my grandchildren want to go for a ride with me.” Thank God he made Ken this way. Ken was a longtime member of the Ishpeming Elks, The Republic Rabbit Club and a Proud Eagle Scout with the Boy Scouts of America,

A private memorial service will be held at the Bjork & Zhulkie Funeral Home with the Rev. Lauri O. Maki officiating. Interment will take place at the Ishpeming Cemetery.

Ken’s obituary may also be viewed at bjorkandzhulkie.com where relatives and friends may leave a note of remembrance.