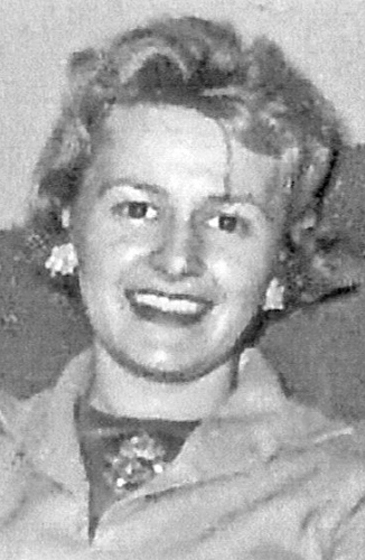 Norma, as she was known throughout her life to family and friends, was born September 20, 1928, in Cornwall, Ontario, Canada. Norma’s father, Robert McEwen, passed away when she was only 14 years old, which left her mother, Catherine V. (Morin) McEwen to continue on as a single mom to Norma and her older brother and sister.

Norma graduated in 1952 as a Registered Nurse from the St. Joseph School of Nursing, Hotel Dieu Hospital, in Kingston, Ontario, Canada. She began her nursing career in New York state and even after leaving New York, and well into her later years, she would maintain that New York License which she was very proud of. Norma’s sister, Vera, lived in New York and it was there at her brother-in-law, Steve’s establishment where she was eventually introduced to her future husband, Russell. They began their life together on February 3, 1960 and lived for a brief time in their first home on Rand Hill in New York. There were various places in between, but eventually they settled in Ishpeming, Michigan after Russ was re-located there for his work, making Michigan their permanent home and the place where they would raise their children. Norma continued her nursing career in Michigan, working briefly at St. Luke’s Hospital in Marquette, but eventually becoming a stay at home mom, a move that her kids are forever grateful for. Norma always did what needed to be done. She never complained and very rarely asked anyone for help. She was the anchor and the rock for her family. When the kids were older, she once again returned to nursing and worked at Bell Memorial Hospital in Ishpeming for several years. In the early 80’s, Norma and Russ decided to make a move to Arizona, buying a home first in Tucson and then Green Valley. Norma would also continue her work as a nurse at the VA Hospital in Tucson. Eventually, the U.P. was calling them home, and after a few years they decided to split their time between Arizona and Marquette. For 28 years, Norma and Russell spent winters in Arizona and she would often say that these were some of the happiest times of her life as she and Russ would “camp” up in the mountains, go to Mexico, or just socialize with the other “Yooper’s” who migrated there each winter.

Norma loved to “dress to the nines”, especially in her younger years, and diligently attempted to impress upon her daughters that a nice handbag and pair of shoes would always make the outfit. Norma always demonstrated style and grace, both in the way she dressed and the way she conducted herself, always a lady. Throughout her life, Norma enjoyed playing Bridge with her Ishpeming friends and in her later years, watching Jeopardy and Wheel of Fortune every night, often joined by one of her kids. She loved books and was an avid reader of just about any genre, but in particular, loved a good suspense novel. Norma’s children and grandchildren will well remember her love of a good cup of hot chocolate with whipped cream, a nice cold lemonade, and her favorite beverage, root beer. Her daughter’s will well remember how much their mom simply loved to sit outside and have the sun on her face. She so loved a sunny day.

Norma was especially close to three of her grandchildren, Kaylee, Katherine, and Cameron who were fortunate enough to live near their beloved grandmother and were afforded the priceless opportunity to learn from her wisdom (with the added benefit of having Grandma fix them something to eat!).

Norma is survived by her loving husband of 60 years, Russell, who took such wonderful care of Norma as her health began to deteriorate; a faithful, loving, canine companion, Hunter; her son, Bruce LeBlanc of Waterford, MI; daughters, Tami (Nick Kolinsky) LeBlanc of Marquette and Pamela LeBlanc of Clawson, MI; grandchildren, Heather, Alexis, Kaylee, Katherine (Ray Bressette), and Cameron; several nieces and a nephew. She was preceded in death by her beloved parents, Robert and Catherine McEwen; sister, Vera Stephenson and brother, Robert McEwen.

The family would like to express their appreciation to the staff of Lake Superior Life Care and Hospice; Upper Peninsula Private Duty who provided care for Norma while she was still at home; the staff at Brookridge Heights Assisted Living Facility for their compassionate and professional care of Norma and the many kindnesses extended to the family; and the Marquette Senior Center.

In lieu of flowers, memorials may be directed to the Marquette Senior Center’s Homemaker Program, 300 W. Baraga Avenue, Marquette, MI 49855.

Norma was a member of St. Peter Cathedral and a Mass of Christian Burial will be celebrated at a later date and will be announced.