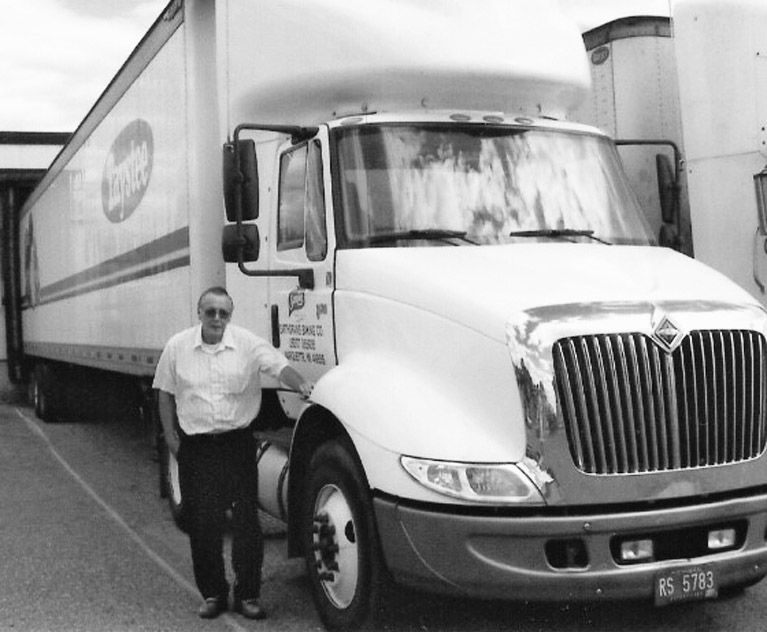 MARQUETTE, MI – Darryl Edwin Korby, age 80, lifelong Marquette resident, entered eternal life Wednesday evening, February 19, 2020, at the Marquette County Medical Care Facility in Ishpeming, under the care of his “Girls”, wife, Paulita, and niece, Mary Torreano. He had been a resident at the facility for the past four years.

Born September 28, 1939, in Ishpeming, a son of Edwin and Margaret (Anderson) Korby, Darryl was raised in Marquette and as a child became best friends with Gary Mercure, a friendship that remains until this day. Both Gary and Darryl were passionate about their cars and spent countless hours in Gary’s heated garage working on their vehicles. Darryl graduated from Graveraet High School with the Class of 1958. He was employed with the A & P Food Store for a brief time before beginning a lengthy 46 year career with Our Own Bakeries (Bunny Bread). Known as “Driver”, Darryl drove semi and in 2003 was recognized for logging over 100,000 accident free miles, while maintaining a perfect driving record. Darryl was very passionate about his semi-tractor and was known to go down to the bakery on his days off to wash, wax, and clean his semi. It was his pride and joy and was spotlessly maintained. He retired in 2007 and greatly missed the daily routine of driving and delivering product. In his spare time, Darryl enjoyed camping and boating with friends on Bass Lake. However, many times the boat spent more time on land than in the water. Bird and deer hunting were another outdoor activity he enjoyed with his dad and later with his wife, Paulita. Other pleasures included talking on his CB radio where his handle was, “Hollow Point” or “HP”, watching TV Westerns, and making his daily trip to Fat Boyz to visit with his friends. He was a former member of the Moose Lodge and Negaunee Rod and Gun Club.

He is survived by his wife, Paulita; daughter, Lori (Christopher) Mydlo; son, Darren (Laura) Korby; his grandchildren, Meredith and Michael Mydlo; and cousins, Pete (Pat) Roeder and their daughter, Traci (Peter) Karageorge, Jim (the late Donna) vanWestrienen, and Kathy (Steve) vanWestrienen-McCloskey and their son, Nathaniel. He was preceded in death by his parents and many aunts and uncles.

The family will receive relatives and friends at St. Christopher Catholic Church on Monday, February 24, beginning at 10:30 am. A Mass of Christian Burial will be celebrated at 12:00 noon with Rev. Greg Heikkala, pastor, as celebrant. A reception will follow in the church fellowship hall. Interment will be made in the Holy Cross Cemetery in the spring.

The family would like to express their appreciation to the entire staff of MCMCF, and doctors Hooper and Houseman, for their compassionate and professional care of Darryl, whom they treated like one of their own.