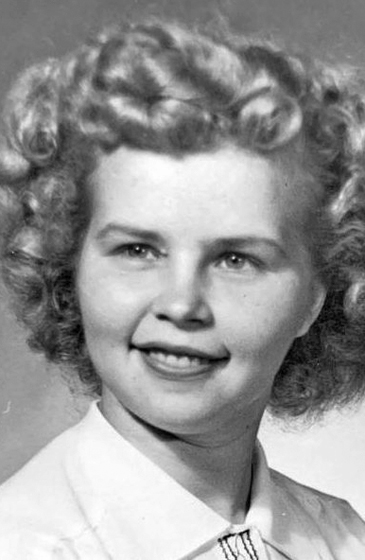 WATERTOWN, WI – Leila Phyllis (Herrala) LaPin, 88, of Watertown, Wisconsin, went to live with Jesus in the early morning hours of Thursday, January 9. She passed peacefully in her sleep at Marquardt Manor where she had been residing.

Leila was born July 14, 1931, in Ishpeming, Michigan, to Toivo and Elsie (Annala) Herrala of Palmer, Michigan. Leila graduated from Negaunee High School and then married the love of her life, Francis Keith LaPin, of Michigamme, in 1949. Since Francis had enlisted in the US Air Force, they made their home all over the world including Okinawa and at least nine states. Francis retired after 28 years at KI Sawyer AFB in the UP, so they made their home in first Harvey and then Marquette for several years.

Leila enjoyed going with Francis down to the Rio Grand Valley in Texas during the winter to square dance with their many friends. Francis would pass away in Harlingen, Texas, in 1997 after 48 years of marriage, so Leila began to live in Texas with her oldest daughter. In the last three years, she has lived in Watertown, Wisconsin, near her son.

Leila was an active member of the Roman Catholic Church in each of the many places that she lived, most recently belonging to St. Henry Catholic Church of Watertown, Wisconsin. A devoted mother and homemaker, Leila had many skills including sewing and crocheting.

She is also survived by her brother Walter (Susan) Herrala of Citrus Springs, Florida, her sister-in-law Phyllis (Howard) Leggett of Horton, Michigan, and several nieces, nephews, and cousins.

She was preceded in death by her husband Francis and her parents Toivo and Elsie Herrala.

A Mass of Christian Burial will be Celebrated at 1 p.m. on Saturday, January 18, at St. Louis the King Catholic Church in Harvey with Rev. Fr.Glenn Theoret officiating and family friend Deacon Vince (Chris) Beckley assisting. The family will greet friends and relatives from 11 am to the time of mass.

After mass there will be a luncheon served in the Parish Hall. Leila will be laid to rest next to Francis in the Ishpeming Cemetery later in the year.

Leila’s obituary will be posted at bjorkand zhulkie.com where family and friends may leave a note of remembrance.