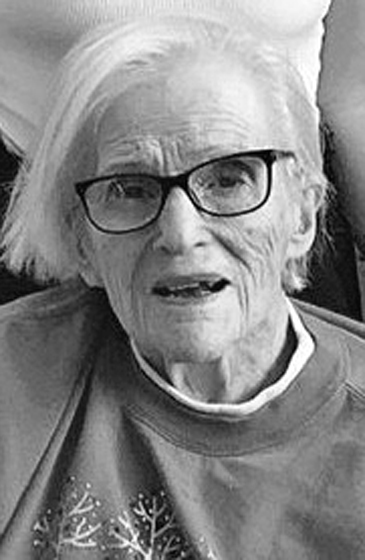 Born September 4, 1920, in Detroit, a daughter of Reuben and Myrtle (Seibert) Orr, Evelyn was raised in Detroit and graduated from Fordson High School in Dearborn. Following graduation, she went to work at Montgomery Ward in their accounting department. On June 14, 1941, Evelyn Alice Orr married Robert H. Keller, Sr., in Detroit. Soon after, Bob was shipped out to serve in the US Navy during World War II. Upon his honorable discharge, the couple continued to reside in the Detroit area where Evelyn enjoyed her role as a homemaker and raising their four children. The family enjoyed spending summers on Lake Skegemog in Grand Traverse County and the couple retired there in 1979. In 1996, they relocated to Marquette to join their children and grandchildren. Evelyn was a member of Redeemer Lutheran Church.

She was preceded in death by her parents; her husband, Bob; and her sister, Doris; and Air buddy, Lord Gustavian and many other cats and dogs.

Friends may call at Fassbender Swanson Hansen Funeral and Cremation Services on Tuesday, January 14, beginning at 5 p.m. until the time of service at 6 p.m. Pastor Chad Mager will officiate. A reception will follow in the reception room located at the funeral home.