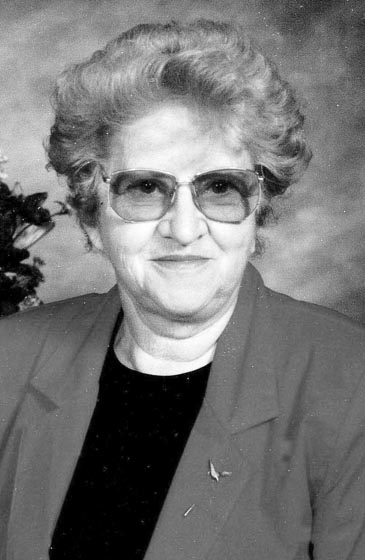 MUNISING, MI – Charlotte M. Serr, age 90, of Munising, died Wednesday, December 11, 2019 at Harbour View Assisted Living Center in Munising under the care of North Woods Home Hospice and her loving family. She was born in Munising on June 17, 1929 to the late Edward and Beatrice (St. Martin) Corriveau. Char grew up at Corriveau’s Grocery on the corner of Superior and Hickory. She also worked in the summers at Corriveau’s Family Restaurant serving family style chicken dinners on top of St. Martin’s Hill. Char graduated from Wm. G. Mather High School in 1947 and then attended beautician’s school in Marquette. She worked for a short time in Charlevoix, MI before returning to Munising and starting LaModern Salon above Madigan’s Hardware with Angie Mahne. Charlotte was a beautician for nearly fifty years. She married John Serr in 1952. John preceded Charlotte in death in 1968. She was an avid golfer and card player. Char would close her salon on Wednesdays to go play in golf league and loved to travel around the U.P. golfing at different courses. She would travel with her sister to play cards, and was a talented Duplicate bridge player who looked forward to partnering up with her cousin Ron. Char was a faithful member of Sacred Heart Church where she served a Eucharistic Minister and was a member of the Catholic Order of Foresters and St. Bridget’s Circle. She also enjoyed her choir trips to Europe to sing with Father Jim Marchionda and playing music on her organ.

On Thursday, December 19, 2019 a memorial Mass will be celebrated at 11 a.m. by Fr. Michael Ocran at Sacred Heart Church. The praying of the Rosary will be prior to Mass at 10:30 a.m. Interment will be at Maple Grove Cemetery in the summer. Char’s obituary and online guestbook may be viewed and signed at bowermanfuneralhome.net