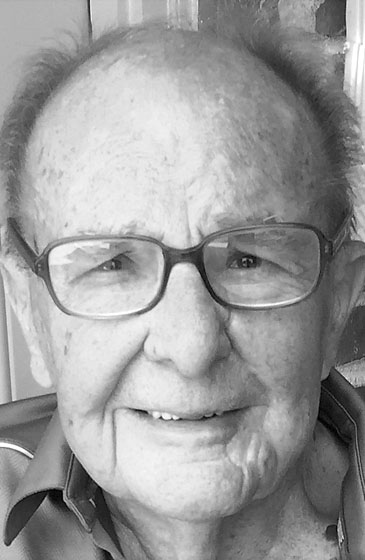 Born June 3, 1924, and raised in Negaunee, Babe was the youngest son of Antonio and Annetta (Toscana) Galetto and little brother to his sister Secondina (Sibley) and brother Dominic, all of whom preceded him in death. The son of Italian immigrants, Babe learned the value of work at a young age, taking on three jobs simultaneously after his father’s death to aid his family at the young age of 11. After graduating from high school, Babe began work with Michigan Bell, spending his entire working career with the company, which was eventually acquired by AT&T. One notable task during his career was stringing the telephone lines across the Mackinac Bridge before its opening in 1957. Babe married Elizabeth “Sis” Jeanette Hebert the day after Christmas in 1942 and they had one daughter, Toni. Following his retirement, Babe lived in Marquette until he was 88, spending his time bartending at a local bar, socializing with the members of the Elks Lodge, and playing the slots at the casino.

Known to his grandchildren and great-grandchildren and their friends as “Grampy,” Babe moved to the suburbs of Chicago in 2013, where he became an integral part of their lives. Over the course of the six years that followed, he lived a full and happy life, surrounded by his daughter, his two granddaughters and their husbands, and his seven great-grandchildren. He attended countless sporting events, choir performances, high school and college graduations, and even celebrated the engagement of his oldest great-grandson during his long and inspirational life, never missing an opportunity to support his family along the way.

Babe never failed to enjoy the simple things in life, often taking in the sunshine and warm weather as he sat on his chair in the driveway of his family’s home reading every word of the daily local newspapers, as well as the Mining Journal, which he continued to receive by mail so he could keep up with things “back home.” He loved to spoil his family’s dogs with treats as he watched the Cubs, Bulls, Green Bay Packers, and Northern Michigan legend Tom Izzo’s Michigan State Spartans on tv and always wrapped up the day with a few cold Coronas. His sense of humor was unshakeable, as was the compassion, thoughtfulness, and love that he poured into his family.

Following an incredible 95 years in which he touched the lives of all who came into contact with him, Babe leaves his daughter, Toni Cochran; his granddaughters and their husbands, Holly and David Ruggles and Shannon and Matthew Sprunger; his great-grandchildren, Brandon (fiance; Ariel Durgana), Josh, Jake, Kylie, and Brady Ruggles, and Samantha and Joey Sprunger; nephews George Sibley and Joseph Galetto; and countless friends and acquaintances who loved him dearly.

In lieu of a traditional funeral, Babe’s family hosted a “celebration of life” in his honor in Wheaton. In addition, a graveside gathering will be held with family and friends in Negaunee, where Babe will be interred in his final resting place in the Galetto family plot alongside his beloved wife, Sis, who preceded him in death in 1985.