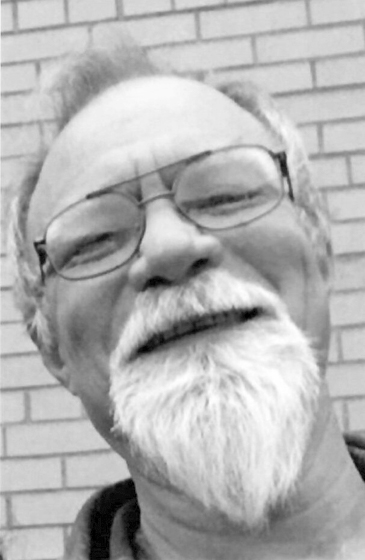 Tim was born in Ishpeming on October 5, 1966. Tim grew up in Ishpeming graduating from Ishpeming High School, class of 1984 before serving the country in the U.S. Marines in 1986. He was stationed in North Carolina where he spent the last 30 years before returning back home to the U.P. 2 years ago.

Tim enjoyed landscaping as a career for many years, and later worked as a Veterinary Tech Assistant. He enjoyed walks in the woods, fishing, wood carving, making people laugh, helping others in need, reading, loved to cook, was quite the historian and he was proficient in the language of sarcasm. His favorite quote was “Wise men fear not death, for they know not what death brings.”

A few weeks ago, Tim posted a meme on his Facebook page that said “If they aren’t serving alcohol at my funeral, I’m not going.” So in accordance with Tim’s wishes, there will be a memorial service to be held in the spring 2020, complete with prayers and tears and a potluck dinner. Also in accordance with Tim’s wishes, there will be a good old-fashioned wake to be held at the Rainbow Bar in Ishpeming on Friday November 8, 2019 from 7:00pm to 9:00 pm. Please wear your best red and black flannel attire and bring all of your stories and memories of Tim to share, much like Tim enjoyed sharing his own with all of you. The family would also appreciate copies of photos you may have of Tim that can be forwarded to Tim’s children.

Tim’s family would like to extend a special thank you to Nate Denofre and Courage, Inc for all they did for Tim.

In lieu of flowers memorials may be directed to Courage, Inc. at www.courageincorporated.org.

Tim’s obituary may also be viewed at bjorkandzhulkie.com where relatives and friends may leave a note of remembrance.