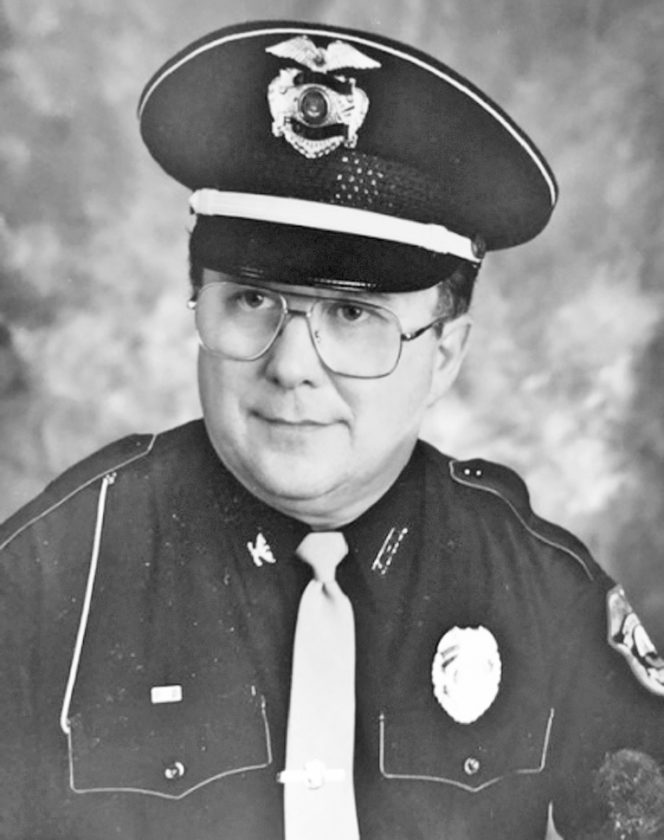 Born May 19, 1946, in Marquette, a son of Salvatore and Ruth (Nyman) Sarvello, Sal was raised in Ishpeming. He developed a strong work ethic early in life and was a paperboy for six years in the downtown Ishpeming area where the former Bell Memorial Hospital once stood. He was also a charter member of the Blue Notes Drum and Bugle Corps. Following his graduation from Ishpeming High School in 1964, Sal enrolled in classes at Northern Michigan University. His education was interrupted when he enlisted in the US Air Force, serving from 1966 until 1970 during Vietnam. Upon his honorable discharge, he returned to Northern, receiving his bachelors degree. A long career in law enforcement then ensued when he began working with the campus security police at Northern and continued on, in 1971, with employment at the City of Marquette Police Department. His career with the city included being named 1972 Patrolman of the Year, and subsequent promotions to detective corporal in 1977, detective sergeant in 1978, detective lieutenant in 1987, and in 1988 promoted to captain of the detectives. In March of 1995, Sal was named Chief of Police for the City of Marquette, and following a long and distinguished career, retired in January of 2001. Sal’s other career and civic achievements included being a 1981 graduate of the FBI Academy, member of the Michigan Association of Chiefs of Police, where he served of their board for a year, a member of the Northern Michigan University Police Academy advisory board, past president of the Upper Michigan Association of Law Enforcement Officers, Janzen House Board of Directors, member of Marquette West Rotary, and longtime member of the MSHS Booster Club. Additionally, he served as a Little League coach for several years. He was a member of St. Michael Catholic Church and a proud Vietnam veteran. Following retirement, he and Joan spent several winters in Peoria, Arizona, and enjoyed spending time traveling to the grandchildren’s events in Wisconsin and Lower Michigan. During his earlier years, Sal enjoyed walking and jogging. Sal was an avid Packer fan and, for several years, met his cronies over coffee at Beef-A-Roo.

Friends may call at St. Michael Catholic Church on Friday, November 8, beginning at 10:00 am. A Mass of Christian Burial will be celebrated at 1:00 pm with Rev. Greg Heikkala, pastor, as celebrant. Members of the City of Marquette Police Department will stand honor guard and serve as pallbearers. A reception will follow in the St. Michael Parish Center. Interment will be made in the Holy Cross Cemetery.

In lieu of flowers, memorials may be directed to the Marquette Area Public Schools (MAPS) Education Foundation, 1201 W. Fair Avenue, Marquette, MI 49855, for seniors who wish to pursue a career in law enforcement.