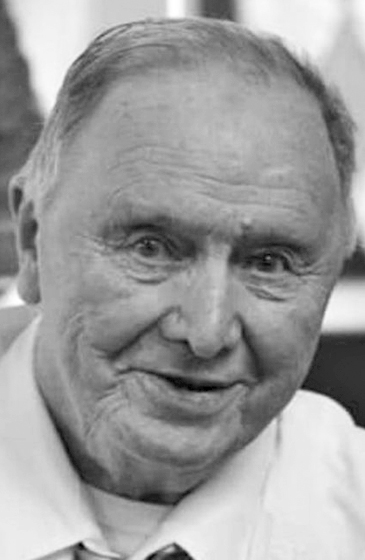 ISHPEMING, MI – Raymond Arthur Watters, age 90, Ishpeming Township resident passed away on Sunday November 17, 2019 at the Marquette County Medical Care Facility. Ray had been a resident there for the past year.

Ray was born in Ishpeming on December 8, 1928, the son of the late Sam and Jennie R. (Gjolme) Watters. He graduated from National Mine High School in 1947. He also served in the U.S. Army. Ray married Joyce White on August 8, 1953 at St. Paul Catholic Church in Negaunee.

In his early years Ray enjoyed playing softball with the neighborhood guys (The Stoneville Sluggers). He also listened to just about every Detroit Tiger game or watched them on TV. He spent many hours following all his grandchildren’s many activities and sporting events. He also enjoyed planting beautiful flowers in the spring and decorating his home outside for the holidays.

Ray worked many years for Bancroft and Jilbert Dairy until his retirement in 1989. Earlier in his career he did home deliveries and later to businesses. Over the years he met and became friends with many of his customers.

Per Ray’s request there will be no public service. Private graveside services will be held at the Ishpeming Cemetery at a later date.

Ray’s family would like to thank the staff at the Marquette County Medical Care Facility for their wonderful care given to Ray during the time he was a resident there.

Memorials may be directed to the MCMCF Activity Fund 200 Saginaw St. Ishpeming, MI 49849 in memory of Ray.

Ray’s obituary may be viewed at bjorkandzhulkie.com where friends and relatives may leave a word of remembrance.