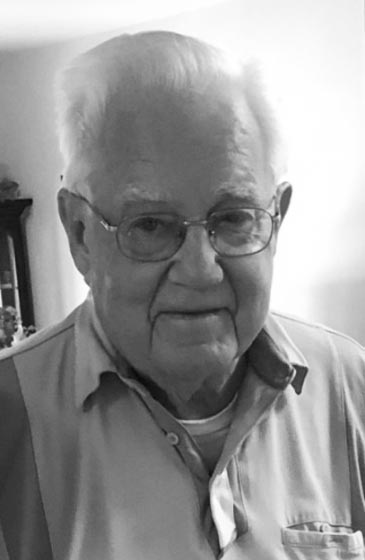 Born October 21, 1928, in Decatur, Michigan, a son of Edward and Wilhelmina Fountain, Joe was raised in Decatur and graduated from Decatur High School in 1946. He served in the US Air Force during the Korean Conflict and was stationed for a time in Washington, D.C. and Fairbanks, Alaska. Following his honorable discharge, he enrolled at Central Michigan University where he received his Bachelors Degree in Accounting. As a certified public accountant, Joe was employed with Tackman and Associates in Marquette and had various accounts throughout the Upper Peninsula. On November 21, 1964, Joe was united in marriage to Ann Pompo (Ostanek). In 1967, Joe and Ann purchased one of his business accounts, Togo’s in Marquette. Throughout the years, Joe guided and transformed the tiny sandwich shop from a small rental store on Third Street to purchasing property and building his own shop. His hard work and determination paid off as Togo’s expanded to include two locations in the Marquette area and additional sandwich shops in the Soo, Houghton, and Stevens Point, Wisconsin. Following retirement, Joe and Ann, began wintering in Kissimmee, Florida beginning in 1986. Joe and Ann also traveled throughout Europe and the Continental United States. The grandkids lit up their lives and the couple enjoyed wonderful times together attending the kids sports and following their academic and artistic achievements. His hobbies and special interests included fishing, golfing, and dining out with friends. Time with family was especially valued and so were the times spent at the Elks Club. It was at the Elks where he first met Ann, and it was there that family often gathered for Friday night fish fries and dancing, as well as bowling in the Elks league. In addition to Marquette Elks Lodge B.P.O.E. 405 where he was a past exalted ruler, Joe also held membership in the Marquette Golf Club, and was a member of the Masonic Lodge, Scottish Rite Bodies, Ahmed Shriners, and active member of the Shrine Patrol where he participated in many parades. In 2016, Joe was honored by being invited with other veterans to participate in Honor Flight to Washington, D.C.

Joe was preceded in death by his parents; wife, Ann in 2014;

A celebration of Joe’s life will be held at a later date and will be announced.