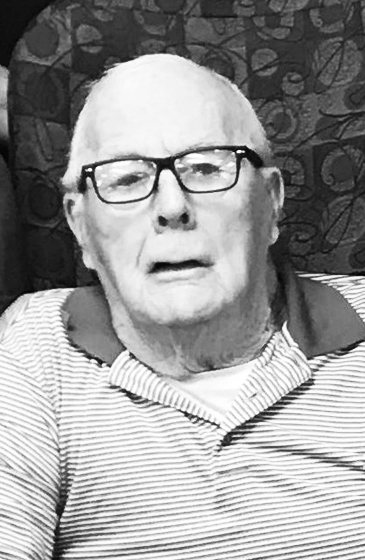 Jim was born on July 30, 1926, in Baraga, and was the son of Clyde and Eleanor (Swanson) Loman. Jim graduated from Baraga High School in 1944 and was known as a great athlete. After graduating, Jim enlisted in the United States Navy, where he proudly served from August 1944 until May 1946 in the Pacific Theater during WWII. He later attended Gustavus Adolphus College in Minnesota, and then transferred to Michigan Technological University to study Forestry. Jim married Ida Mae Juntunen on July 29, 1950, in Nisula, MI. Jim worked as a foreman during the construction of the Celotex plant in L’Anse, and for over 20 years Jim worked as a Union carpenter and Millwright where he oversaw industrial building projects across the Upper Peninsula. He was forced to retire in 1975 due to a disability.

Jim was an active member of Holy Cross Lutheran Church in Baraga, as well as the American Legion Post 444, where he was a former post commander. Jim spent the majority of his life in the village of Baraga, and you would be hard-pressed to find a person who supported his town and its people more passionately and consistently. Jim was an avid fisherman and sports fan and lived a healthy lifestyle – except for his love of ice cream.

Visitation will be held on Friday, November 15th from 5:00 -7:00 p.m. at the Jacobson Funeral Home and again on Saturday, November 16th from 10:00 – 11:00 a.m. at the Holy Cross Lutheran Church in Baraga, MI. His funeral service will be held at 11:00 a.m. at Holy Cross with Rev. Keith Swanson officiating. The Baraga County Area Veterans will perform military rites at the Baraga Cemetery at 12:00 p.m. under the direction of American Legion Post 444. A luncheon will follow in the church hall. The Jacobson Funeral Home is assisting the family. Friends may sign Jim’s guest book or send condolences at www.jacobsonfuneralhome.com.