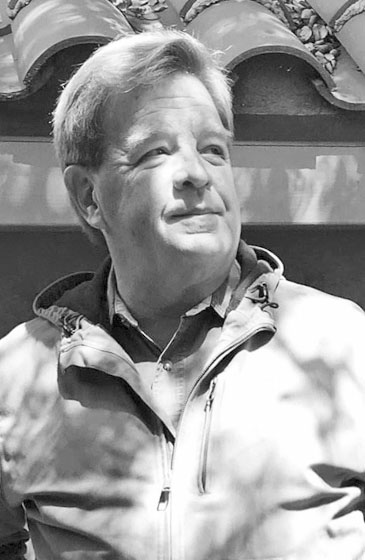 James was born February 8,1951 in Litchfield, MN to Lois Helen Lindeen-Hershey and James Dale Hershey I.

Jim embraced life to the fullest. Jim earned good grades throughout school. He was always reading, especially world and U.S. history, and biographies of war/journalistic photographers, and heroic Americans such as Theodore Roosevelt, and George Custer. Jim spoke three languages. He enjoyed film noir, science fiction, and the Paladin t.v. series having met the actor Richard Boone during the Rose Bowl Parade. At the early age of 16, James rode his bike across America, starting in June in Riverside, Conn., and rode through New York and into Ontario, Canada, then swung southwest through Michigan, Wisconsin, Minnesota, South Dakota, Wyoming, Montana, Idaho, and Oregon, and finally south through Northern California in August of 1967. James also rode BMW motorcycles, and drove across America, visiting National Parks, and National Military Parks.

Jim had many aspirations; in his youth he aspired to become an airplane pilot. However, after high school he enlisted in the US Army, and graduated from NCO school to serve the11th Armored Cavalry’s Counter offensive in Vietnam and Cambodia, as an Army Ranger and Sergeant from 1969-1972 . Jim earned numerous medals and was also awarded two Purple Hearts for his service to his country. James was honorably discharged and made a good life for himself and his family despite suffering from PTSD. James became a hair stylist, a photographer of movie stars, and weddings, an interior and exterior home designer, and he was accomplished in French cuisine. His greatest joy was having folks over for dinner. He prepared days ahead by selecting the freshest ingredients from the Marquette Farmer’s Market, listening to classical music by Kathleen Battle, or NPR, while the Le Creuset pots simmered. James was a dog handler sharing life with Newfoundland dogs, and for twenty years a rare Volpino named Rico Suave. Piccolino completed the twosome. Jim also kept a Hyacinth macaw and a cockatoo. Writing poetry, telling true stories, kayaking, fishing, fine art, and style are some of James’ many and varied interests.

He was preceded in death by his parents, and a dear uncle, Uncle Roy Lindeen.

James’ grandfather, Judge Herman Hershey donated the land for the Grand Army of the Republic Museum in Litchfield, MN where it stands today. James’ Army uniform will be part of their holdings.

In California, following Jim’s untimely passing a celebration of life was held with full military honors. James’ final resting place will be with his brothers in Arlington Cemetery.

Jim made Marquette his home where he made many friends and acquaintances. In remembrance of James’ life, a church service for family and friends will be held on November 14, 2019, 4 p.m. at Marquette Hope Church 111E. Ridge St.

“When I honestly ask myself which persons in my life mean the most to me, I often find that those who, instead of giving advice solutions, or cures, have chosen rather to share my pain and touch my wounds with a warm and tender hand. Another person’s friendship is a precious thing.” – James Dale Hershey II

We hope to see you there to share memories and to fill your heart with the music of Jim’s life and love. Stories and reflections of Jim may be brought to the church or mailed to 1313 North Bay Court, Marquette, MI 49855. In lieu of flowers donations may be made to the Start the Cycle account at Incredible Bank Marquette, in Jim’s memory. Start the Cycle is a sponsored bicyclist’s non-profit organization for area youth.