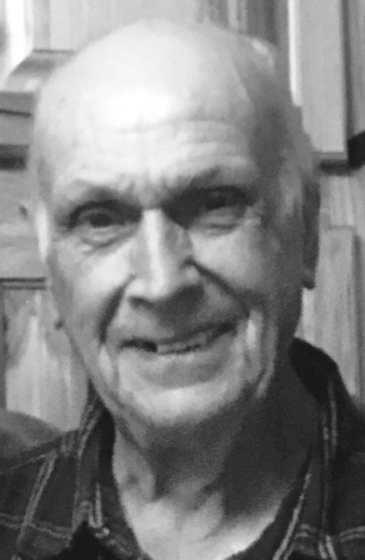 MARQUETTE, MI — Gary Michael Revord, Sr., age 76, of Marquette, passed away Thursday evening, November 7, 2019, at his home, in the loving, comforting care of his family and UP Home Health and Hospice.

Born February 3, 1943, in Marquette, a son of Fredrick and Myrtle (Dionne) Revord, Gary was raised in Marquette and graduated from Graveraet High School, Class of 1961. He attended Michigan Tech for a year before enrolling at Northern Michigan University where he earned his bachelors degree in 1965. Gary had a passion for cooking and throughout his high school and college career, worked as a chef at various establishments, including the Harvey Inn, White Star Restaurant (now Coachlight), and at the Marquette Golf Club. In 1965, Gary married Patricia Ann Alton. They first resided in Escanaba where Gary had started his teaching career as a Math teacher for the Escanaba School System. Gary and his young family moved back to Marquette after Gary received a teaching position with the Marquette School System. During the summers, Gary worked in the construction field to care for his family, working with his brothers, and lifelong friend, Wayne Premeau. Gary quickly found his passion in the construction field. He became a business owner and then later became a Senior estimator for Premeau Construction, where he continued to work until his illness would no longer allow him to work. Gary loved to work and was an outstanding, honest, generous, loving, and caring man. He assisted anyone who needed help and could be depended upon. His work was his hobby, but his other passions included being a talented cook, a love of gardening, and old classic cars. Over the years he enjoyed hunting and always ended up being the camp cook. As a talented cook, he liked nothing better than hosting family get-togethers and mentoring his children and grandchildren in the art of cooking. He will also be remembered for his wonderful sense of humor, storytelling, his love of dancing, and honesty. Gary will most be remembered for his “Fred bread”. On June 26, 2015, Gary married Judy Lillie Britton.

In addition to his parents, Gary was preceded in death by his lifelong wife, Patricia; by his grandson, Cody (Cody-bear) Revord; by infant brothers, Dale and Don; brother, Alan Revord; brother-in-law, Ken Holman; and step-daughter, Melissa Ann Britton Yelle.

Services will be scheduled for a later date and will be announced.