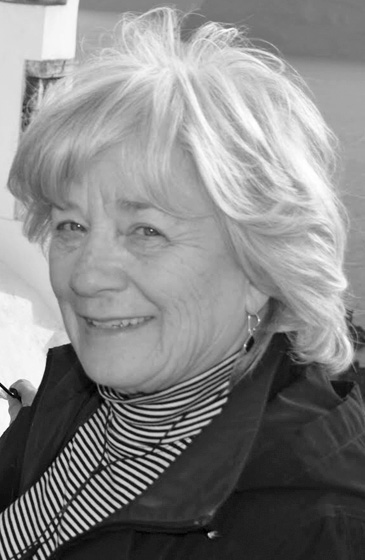 SEVERNA PARK MD. – On November 17, 2019, Gail lost her battle with cancer. With family and friends at her side, she passed peacefully from this world with the strength and dignity that we all came to expect of her.

Over the course of a lifetime, we cross paths with a handful of people who impact how we think, how we relate to others, and how we live. Gail Davenport Gray was one of those influencers. A loving wife and mother, a giving co-worker, and a steadfast defender of what she saw as the right thing to do, Gail never wavered in her purpose in life. She was a giver. She gave of her time, her energy, and her money with no regard for what a toll it often took on her personally. Rick Gray, her husband of fifty-one years, was her partner in most of her endeavors, but more importantly her compass as she navigated the demands of public service. The pair of them has left an impact in every community they have graced.

Gail was born March 28, 1947 in Missoula, Montana to her parents Robert and Norma Davenport. After a brief stint in Harlowton, the family moved to Cut Bank, Montana in 1954 where Gail attended grade school through her high school graduation in 1965. She attended Whitworth College in Spokane where she received her bachelor’s degree in education. While attending Whitworth, she met the love of her life Rick Gray, a Moorcroft, Wyoming rancher. The two of them became inseparable and married in Cut Bank in 1968. They lived in Spokane for a year while Rick finished his degree and both planned to join the Peace Corps. Their plans were derailed when Rick was drafted into the Army and sent to Germany. This opportunity began a lifetime of travel adventures for the two of them, as Gail joined him soon after to explore Europe during his down time. At this time, their daughter Gwen was born and a new adventure began.

Following the military commitment, Gail and Rick enrolled in their Masters programs at the University of Northern Colorado in Greeley. The first stop was Logan, Iowa where Rick began his career in vocation rehabilitation and Gail started a preschool program in the Logan Methodist church with her new friend Donna O’Neill. Then after a transfer to Creston, Iowa, Gail started teaching special education and gained her certification at Creighton University in Omaha, Nebraska. She also gained a second daughter, Heidi, born in Omaha in 1974.

In 1979, the Gray family moved to Helena, Montana where Gail took a position as a Special Education Program Monitor for the Office of Public Instruction (OPI). Soon after, Gail was promoted to the position of Assistant Superintendent. She served in that position for several years, traveling across the Montana, meeting with teachers and administrators, writing and evaluating curricula, and mentoring young educators. Gail developed a reputation for hard work, long hours on the road, and an acute affinity for junk food. There was not a truck stop in Montana whose popcorn machine went untested. Never the small bag either. While at OPI, Gail was appointed by Governor Ted Schwinden to temporarily head the State Department of Health and Human Services and, later, Governor Judy Martz hired Gail to head the Department for Martz’s full term. The position required management of a three-billion-dollar budget and 1000 employees in all corners of the state. Through all of this Gail was raising two highly successful and active girls, campaigning for the State Superintendent of Public Instruction, and getting her Doctorate of Education at Montana State University in Bozeman 80 miles away.

With children through college, the empty nesters looked for other horizons leading Rick to take a Vice President position with Western Dakota Technical College in Rapid City, SD. And their next adventure began. Not content to stay home unless she was reading one of her countless dime store mystery novels, Gail took a position as the Assistant Director of Health and Human Services for the State of South Dakota. This required her to spend considerable time on the road again as her base office was in Pierre. The 340 mile round trip every week provided more opportunities for convenience store cuisine.

As retirement loomed after ten years in Rapid City, the Grays decided it was time to move closer to family for their next adventure. Their choices were Annapolis, MD where their daughter Gwen, and one set of grandkids, is a high school teacher after a 20 career in the Navy as a helicopter pilot and Naval Academy Instructor, or Marquette, MI where their daughter Heidi, and another set of grandkids, is the Head Swimming and Diving Coach at Northern Michigan University. Gail and Rick decided on a home on Lake Superior in Marquette.

Gail and Rick loved to travel and Gail preferred to travel abroad. Perhaps it was her first bout with cancer in 2002, when she was diagnosed as stage four with a 40% chance of survival, which made her so eager to live every moment with abandon. It could have been that first adventure in Germany, but whatever the reason, Gail Gray traveled like no other. She toured the world often bringing nieces or nephews or sisters in tow. Gail was not one to linger too long in any one spot. She filled her days with one adventure after another, gutsy to a fault and trusting of strange surroundings when the circumstances often suggested otherwise.

Gail lived life. She taught us all the value of living each day with a purpose. She could nap with the best of us, but when she was awake, she was engaged and made sure everyone was engaged as well. Whether it was trivia for M & M’s, a side trip to the fish hatchery, or pouring chocolate syrup in a Diet Coke, Gail found a way to fill each day. There will be a hole in each day of her absence, but if heaven has day trips, she’s all in.

She is preceded in death by her parents Robert and Norma Davenport, and her sister Bette Paskey.

A memorial service will be held on Dec. 3 at the Methodist Connection Center, 927 West Fair Avenue. There will be a visiting hour at 11 a.m. followed by a service at noon. Everyone is invited to stay after the service for light snacks and beverages.