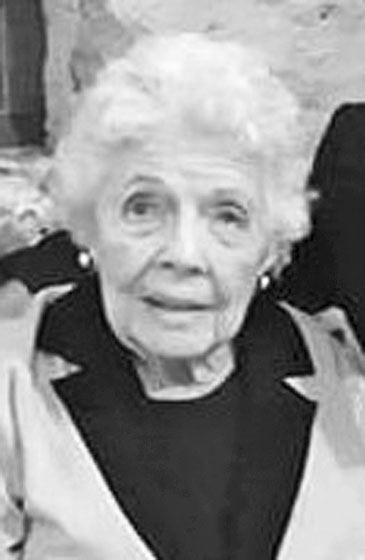 MARQUETTE, MI – Eileen Margaret Kroken, age 100, passed away at home on Wednesday evening, November 6th. Her final days were spent surrounded by her loving family and the dedicated caregivers of U.P. Home Health and Hospice.

Born May 12, 1919, in Marquette, the youngest daughter of Martin and Mary (Cameron) Ford, Eileen was raised in south Marquette on Genesee Street. Her father was Chief of Police for the City of Marquette and was killed in the line of duty in 1924 along with another police officer and Eileen’s 19-year-old brother, Lloyd. Following this tragedy, as granted by the city, she, her mother and sister, Ramona, ran the store in the Pavillion on “the Island”. While in the ninth grade, Eileen met her future husband, Donald Kroken, at the Shiras Pool and they were married on May 20, 1936. For many summers, the couple operated the boat house at Presque Isle and later ran a fishing/sight-seeing charter with their 32-foot cabin cruiser. When Don retired in 1975 the couple relocated to Fort Lauderdale, Florida, and enjoyed many years of warm weather and entertaining family and friends that visited from Michigan. Following her husband’s death in 1984, Eileen became a snowbird and later in life returned permanently to Marquette.

Eileen’s 100th birthday fell on Mother’s Day and was celebrated by family and friends with a wonderful party at the American Legion. Marquette Police Chief Blake Rieboldt was in attendance honoring Eileen as Chief Ford’s last surviving child.

In addition to her parents, she was preceded in death by her husband, Donald Kroken; a daughter and son-in-law, Mary Karen and Raymond Smith; sisters and brothers-in-law, Lyda and Joe Shalkey, and Ramona and Louis Fassbender; and brothers, Lloyd and Lawrence Ford.

The family will receive relatives and friends at Fassbender Swanson Hansen Funeral and Cremation Services on Monday, November 11 beginning at 10 a.m. until the time of service at 12 p.m.

Interment will be made in the Park Cemetery. In lieu of flowers, the family asks that any donations be given to UPAWS or U.P. Hospice Foundation.