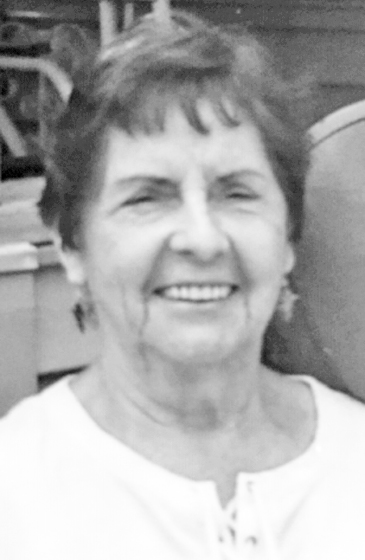 Born December 4, 1935, in Marquette, a daughter of Joseph and Anne Rose (Havican) Mongrain, Helen was raised in Marquette and graduated from Graveraet High School, Class of 1953. She met and married William C. “Bill” Bell on April 10, 1954 and together the couple set about establishing a home and eventually raising six children and all their friends. The Bell home was a friendly and welcoming place for anyone fortunate enough to find their front door. Helen was welcoming to her children’s friends and had the habit of waking any overnight guests by vacuuming early in the morning. Late night poker games were not uncommon. Christmas Eve was especially festive and everyone was welcome. Once the children were raised, Helen worked at Woolworths until her retirement. Her greatest joys, however, came from spending time with family and especially attending the kids and grandkids sporting events.

She was preceded in death by her parents; her husband, Bill; sons, Beaver Bell and Jerry Bell; daughter-in-law, Vickie Rector Bell; son-in-law, William Kauppila; and her sister, Lucille Johnson.

Friends may call at Fassbender Swanson Hansen Funeral and Cremation Services on Wednesday, October 9, beginning at 4:00 pm until the time of service at 5:30 pm. Entombment will be made in the Holy Cross Cemetery columbarium.

The family would like to express their appreciation to the staff of the Norlite Nursing Center for their compassionate and professional care of Helen and for the many kindnesses extended to the family.