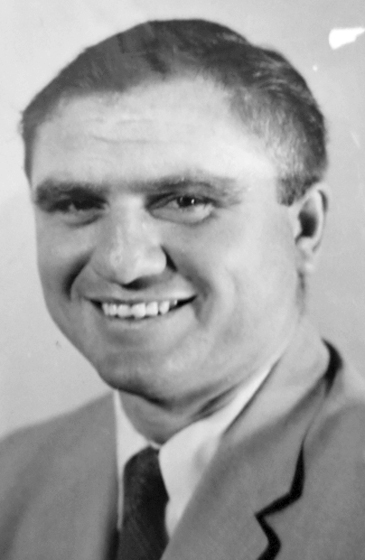 MARQUETTE, MI – Donald C. Hermanson followed his Lord into eternity in the early hours of October 4, 2019. Time and again the Lord protected him from an early demise so that he could tell the tale of that Great Love and Protection over his 90 years. It was that relationship with the Lord that guided him in and out of many situations that became fascinating stories for any and all who would listen. As a young man he lived fully, enjoying the beauty of this area we call home. In time he graduated high school, served in two wars and went on to marry his sweetheart, LillyAnn. His gifting was in police work; he always managed to ask the right questions to find the necessary answer….he served our communities well over the years as a detective, police chief, and captain for the City of Marquette, Marquette Township, and before retirement, the Marquette County Sheriff’s Department. His gifting netted him an invitation to the FBI Academy in Washington, DC, early on. Only two men were invited from the State of Michigan that year. He met many people and as a result was recruited for positions that were based on his training and ability, but each time, though he considered, he chose this life, here, with his family. He was, overall, a protector, a man of justice, and a great family man. He was made a father by his daughter’s arrival in the early morning on Father’s Day one year, and in a couple of years his family was completed with his favorite son. He was fun, full of life and you could always count on him. In the later years he and Lilly enjoyed retirement with many adventures wherever their interest was sparked. Their last adventure was at the Eastwood Nursing Center….there they lived out their remaining years together, with Lilly going on ahead in December of 2018. One of the last times we had a conversation, he asked if I knew where she was going as someone disappeared beyond a door down the hall….it wasn’t long after that that he went looking for her himself.

He was born on January 13, 1929, and the Lord gave him a good run. He is survived by his daughter, Laura (Daniel) Bailey, and his son, Donald (Susan) Hermanson. His sister, Bonnie Haapala, is the last of the six siblings still holding up the family banner. He is also survived by his seven grandchildren, Angela Wittenberg, Tyler (Jenna) Britton, Amy (Dan) Morris, Jennifer Hermanson, Beth (Gabe) Meyer; his step-granddaughter, Addison Bailey; and several great-grandchildren. There are also many special nieces and nephews and various family and friends that remain to share in his memory. We have been blessed by his life, and send him with love on ahead to the portals of heaven. We thank any and all who have offered care these past few years, most recently the very attentive staff at Eastwood Nursing Center.