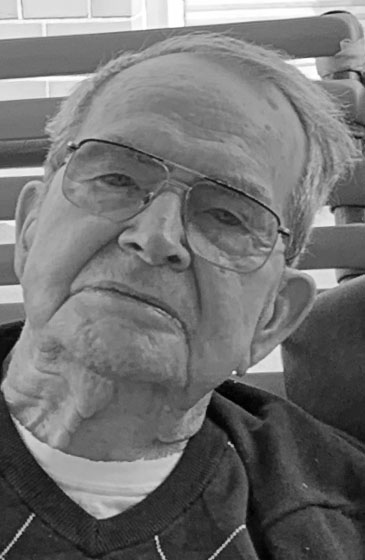 NEGAUNEE TWP., MI – Clyde C. ‘Tiny’ Anderson, 92, of Negaunee Township, passed away peacefully on Wednesday afternoon, October 16, 2019 at the DJ Jacobetti Home for Veterans. We are grateful to have had him as long as we did. His sparkling, blue eyes and wonderful dimples will definitely be missed.

Clyde was born August 17, 1927 in Negaunee to Peter and Esther (Lidbeck) Anderson. At the age of 16, Tiny answered our nation’s call and enlisted in the US Navy before he graduated from Negaunee High School. He would remain in the Navy serving out his enlistment and would later receive a diploma from Negaunee High School in 1947. He had a long and productive career with Cleveland-Cliffs Iron Company in various positions throughout his 34 years with the company. Mr. Anderson was member of St. Christopher Catholic Church, Marquette. He also belonged to the Knights of Columbus in Negaunee and was a member of American Legion Post #44, Marquette.

In his spare time he enjoyed anything mechanical. He had the ability to fix almost anything and enjoyed spending time in “his” garage, tinkering with yard equipment, automobiles, and on a rare occasion an airplane frame. Many times friends, neighbors and strangers would need assistance with repairing something mechanical and he was always willing to help, sometimes working late into the evening just so that someone would have a ride to work or school the next day and never charging for his services.

He was preceded in death by his loving wife of 64 years, Bernice Anderson in 2018; his brothers: James, Robert, Donald, William (Bucky), and Lyle; and his sister Dorothy Maki.

The family would like to thank Lake Superior Hospice and the DJ Jacobetti Home for Veterans. Special thanks to the staff of both agencies who took such loving care of Tiny, and appreciated his positive outlook on life.

A Mass of Christian Burial will be celebrated at 12:00 noon on Saturday, November 9th at St. Christopher Catholic Church, Marquette with Rev. Greg Heikkila officiating. Inurnment will be in Holy Cross Cemetery Columbarium. The family will greet relatives and friends from 11:30 am until the time of Mass at 12:00 pm at the church on Saturday, and also at a luncheon in the church fellowship hall immediately following services.

Mr. Anderson’s memorial page may be viewed at koskeyfuneralhome.com