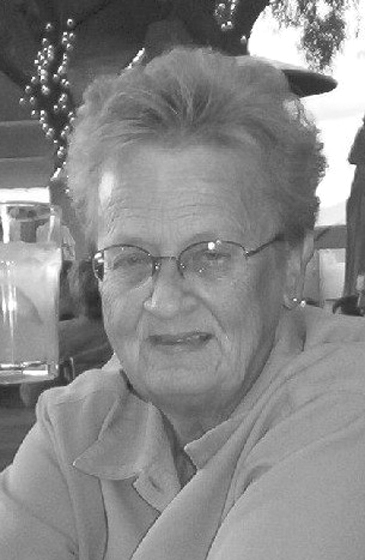 Age 77, died Friday, August 9, 2019 at Chelsea Retirement Community. She was of Finnish ancestry, born May 3, 1942 in Ishpeming, Michigan, the daughter of Ero & Ellen (Strom) Luostari.

Kay graduated from Ishpeming High School in 1960 marrying Patrick Gleason, from Ishpeming, in Feb 1960. She was a member of Bethel Lutheran Church. She moved away to live downstate in Shelby township when her husband began his career at General motors.

Earning her bachelor’s degree in education from Oakland University where she graduated with honors, Kay used her higher education degree as a substitute teacher, teaching aid and most importantly supporting her two son’s pursuit of careers as engineers.

Kay and Pat returned to Ishpeming often to enjoy the UP, visit family, and to built a camp on the dead river. They had planned to live their golden years in Ishpeming but that was not to be as her husband Pat was killed in the crash of Flt 255 at Detroit metro airport in August 1987.

Kay’s genetic SISU was awoken after burying her beloved husband in Ishpeming. as she channeled her grief towards the positive. She was instrumental in forming a support group for the surviving family members of the plane crash. Later they erected a permanent memorial on the crash site.

Later years were spent both downstate, traveling to Finland and Arizona. Summers were spent in the Ishpeming eating congress pizza and at camp with friends and family. Enjoying her grandchildren was a joy in her life.

Dementia was Kay’s final challenge, living in memory care in Chelsea Michigan, where she was in the care of loving caretakers with frequent visit by her family.

Kay was preceded in death by Patrick A. Gleason, her husband and Ken Luostari in 1987 and 1999 respectively.

Memorial service will be at Bjork and Zhulkie funeral home Sept. 28th with visitation beginning at 10:AM and service at 11: AM. Graveside interment at noon. In lieu of flowers donations can be made to Michigan Alzheimer’s association.