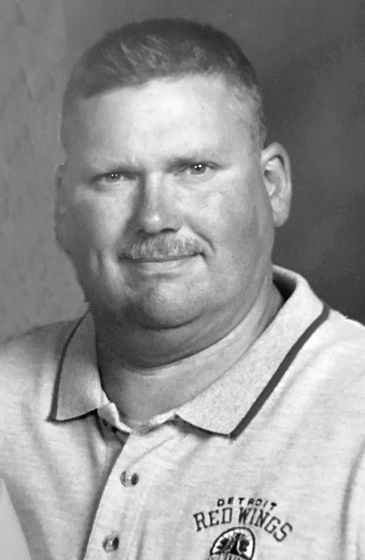 SHINGLETON MI – Earl Ray Rowley, Jr., age 57, of Shingleton, died unexpectedly in his sleep at his home on Sunday, September 15, 2019. He was born on April 19, 1962 in Marquette, Michigan to Earl and Norma Jean (Nyman) Rowley, Sr. Earl grew up in Van Meer and during high school worked as a custodian at the Alger County Courthouse. He graduated from Munising High School in 1980. Earl worked at Graves’ Sawmill and then began employment at Hartho. He worked over thirty years and medically retired from Timber Products as a lathe operator. Earl married Sheila Balko on June 24, 2000 and he was a father to her daughter Ashley while she grew into adulthood. Earl was a DIEHARD Red Wings fan and enjoyed NMU Wildcat hockey. He coached youth hockey for many years and assisted with the women’s hockey league in Munising. Earl was also a Green Bay Packer fan and he loved his pets.

Graveside services will be conducted by Pastor Jason LaFlamme at the Munising Township Cemetery in Wetmore on Friday, September 20, 2019 at 5:00 p.m. A potluck fellowship will take place at the Munising Township Hall in Wetmore following the graveside service. Friends and family are asked to bring a dish to pass. If anyone attending the cemetery service and/or the potluck fellowship has Detroit Red Wings clothing, the family asks that you consider wearing them. These are informal gatherings.

Earl’s obituary and online guestbook may be viewed and signed at bowermanfuneralhome.net