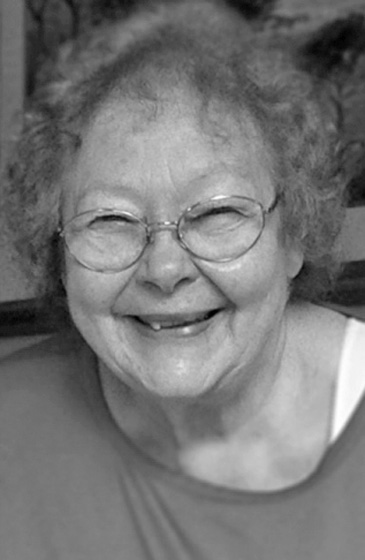 HARVEY, MI – On Sunday evening, August 11th, June Elsie Beltrame Rydholm picked up her walking stick and trundled off to join her husband, Fred, at the next trailhead. She died unexpectedly but peacefully at her home. She was 89.

June was born to Geno T. and Elsie (Winberg) Beltrame on June 1, 1930. The family resided in Gwinn before moving to Negaunee Township in 1938. June graduated from Negaunee High School in 1948 and from Northern Michigan College in 1952, where she majored in biology and social work.

As a teenager, summers were spent on the staff at Bay Cliff Health Camp and as a canoe instructor at various YMCA camps. June also interned under her future mother-in-law, Louise Harwood Rydholm, at the Michigan Children’s Aid Society office in Marquette. As a result of this experience, she was awarded a scholarship to work toward her Master’s degree at the Columbia School of Social Work. Her studies in New York City were interrupted, however, by her marriage on December 26, 1953, to a venturesome public school teacher, wilderness guide and civic leader, C. Fred Rydholm. The nuptials were held at the old Messiah Lutheran Church on Ridge Street in Marquette.

Together, June and Fred raised two boys, Fred K. and Dan, and spent 15 years co-directing the Children’s Program at the Huron Mountain Club where they forged deep and abiding friendships with members of the wilderness association. Their shared passions for nature and stewardship of the land resulted in the building of a family camp on property which Fred purchased in 1949 on the Yellow Dog Plains. Over the next 70 years, June and Fred would enlarge this property to 1000 acres, culminating in the establishment of the Mudjekewis Wildlife Refuge in partnership with the Yellow Dog Watershed Preserve in April, 2019. June considered the creation of Mudjekewis to be the fulfillment of the couple’s life-long dream.

In addition to her advocacy for the natural world, June was an avid teacher of string instruments, having attended workshops in the 1970’s with the famed pedagogue Shinichi Suzuki, cellist George Bornoff and bassist Gary Carr. Her favorite part of the “learn-by-ear” approach was encouraging and empowering her students to explore all genres of music, including bluegrass, folk and jazz.

In their later years, June and Fred’s interests turned to the ancient archeology of North America, especially the riddle of the thousands of copper pits on Isle Royale and the Keweenaw and the existence of dolmens and menhirs which suggested that European exploration of the continent had occurred many centuries before the Spanish and the French. Together, June and Fred made excursions to France, Great Britain, Sweden, Norway and the Arctic Circle, photographing and documenting evidence to support the claims set forth in Fred’s last book, Michigan Copper: The Untold Story (2006).

It has been said, “Behind every great man, there is a great woman.” This was certainly true of June. Though often eclipsed and out of the spotlight, she was an integral part of her husband’s renown and was frequently observed on the sidelines signaling to her husband: “Finish your thought, Fred. It’s time to let these people go.” An early feminist, she was a charter subscriber to Ms. magazine and unafraid to speak her mind – irrespective of the company she was with. A keen follower of politics, she was intolerant of what she considered to be prejudiced, narrow, or backward thinking and behavior. She remained a vocal champion of liberal and inclusive values until the very end. Her wisdom and ecstatic manner will be greatly missed by all who knew her.

Pending announcement of a memorial service to be scheduled at a future time, contributions in June’s memory will be gratefully accepted by the Yellow Dog Watershed Preserve (yellowdogwatershed.org) or the Ancient Artifact Preservation Society (aapscopper.org).