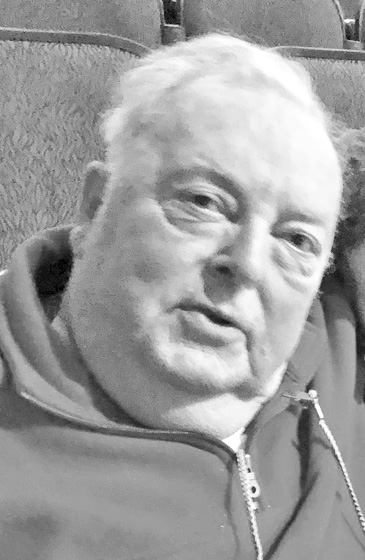 Jude was born June 2nd, 1940 in Marquette to Donald and Rose (Bertrand) Carriere and graduated from Bishop Baraga High School in 1958.

Jude worked as a mail carrier for the US Postal Service for 36 years. He later worked at FedEx for approximately 16 years until his retirement.

Jude loved spending time with his family. He enjoyed many summers in the pool at his home on M28. He was a goalie for the Marquette Iron Rangers, played on the senior men’s hockey league in Marquette for Roger’s Electrical for many years, was team manager of the Marquette Electricians during their state and national championship run, and enjoyed nothing more than watching his sons and grandchildren play sports. He was a huge Red Wings and Lions fan. Jude was a huge supporter of MSU sports teams.

Jude was a very proud father and grandfather. His first granddaughter, Ashley was born on his 50th birthday and they loved celebrating together each year. He and MaryAnn loved to entertain family at their home. Jude always had a joke to tell. From his time on his mail route, Jude not only knew just about everyone in town – he could tell you their address. He enjoyed singing and was a member of the Marquette Male Chorus, and sang in the choir at his church. Jude and MaryAnn were dedicated members of St. Louis the King Catholic Church.

Jude was preceded in death by his parents; infant son, Michael; sisters, Mary Anne Zyskowski and Elaine Kuhn, and a brother, Paul Carriere.

The Carriere family will greet relatives and friends at St. Louis the King Catholic Church on Saturday, August 24th beginning at 9:30 a.m. until the time of the Mass of Christian Burial at 11 a.m. in the church with the Rev. Glenn Theoret officiating. A funeral luncheon will be served in the parish hall immediately following the Mass. Burial will take place in the Holy Cross Cemetery.

In lieu of flowers, donations can be made in Jude’s memory to the Grant Henriksen Memorial Fund c/o U.P. Children’s Fund, 117 Dandelion Lane, Marquette, MI 49855.

The Carriere family wishes to thank the Marquette Township Fire Department, namely Mike Gregorich and Dan Shanahan for their very kind assistance at this difficult time.

The Canale-Tonella Funeral Home is assisting the Carriere family where memories may be shared at canalefuneral.com.