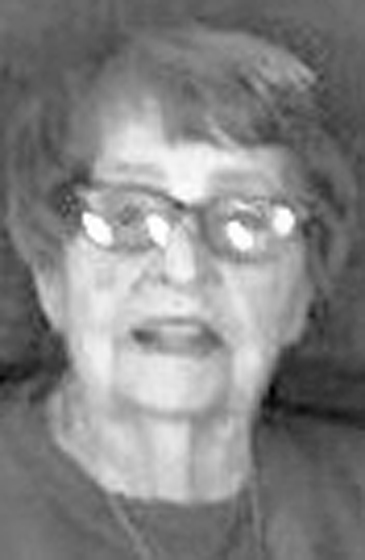 Edna was born in Ishpeming, Michigan on September 17, 1925, a daughter of the late Aune Eleaner (Oysti) and William Andrew Laitinen. Edna graduated from Ishpeming High School.

Edna worked at the H.W. Gossard Company, Vern’s Apparel, and the IGA Grocery Store, as well as owning and operating Poirier’s Grocery Store, a gas station and motel in Ishpeming Township where they lived for many years.

After retirement Edna and her husband Bill enjoyed their retirement years in Haines City, Florida where she was a member of the First Christian Church. Edna was also a former member of the Bethel Lutheran Church in Ishpeming and the Wawonowin Golf Club. Edna enjoyed reading, playing cards and knitting.

Edna was preceded in death by her parents, Husband, William “Bill” Poirier, son in law, Jim Olson, a sister, Sen Majors, and a brother Edsel Laitinen.

Honoring Edna’s wishes there will be a private family service held at the Ishpeming Cemetery.

Memorials may be directed to Bethel Lutheran Church 333 E. Ridge St. Ishpeming in memory of Edna.

Edna’s family would like to give a special thank you to the staff at the Rehab Unit at the Marquette County Medical Care Facility for their wonderful care given to her.

Edna’s obituary may be viewed at bjorkandzhulkie.com where relatives and friends may leave a note of remembrance.