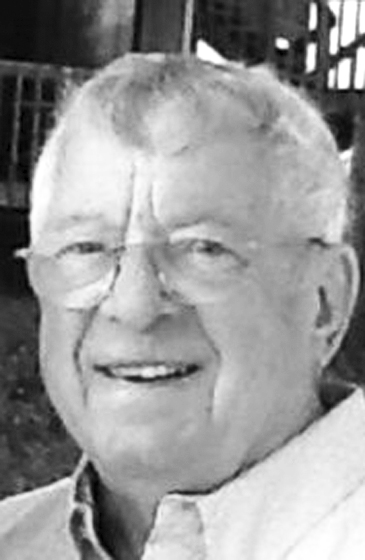 ISHPEMING, MI – Charles N. Dix, RPh, age 88, longtime Ishpeming business owner, of 145 S. Pansy St. Ishpeming Twp. passed away at his home on Thursday, August 22, 2019 while in the loving care of his family and the U.P. Home Health and Hospice and Arcadia Home Care.

Charles was born in Houghton, MI on November 22, 1930, a son of the late Eva (Voelker) and John Dix. He was a graduate of the Houghton High School, Class of 1949. During his high school years Charlie worked at the Westside Pharmacy in Houghton which influenced his career choice. Charlie served in the United States Army stateside during the Korean War from 1951-53. Following his honorable discharge from the service he returned to Houghton and on June 26,1954 he married the former Susan Laitinen. Charlie went on to attend Ferris State College with his family in tow, and working two jobs while obtaining his Bachelor’s degree as a pharmacist. He again returned to Houghton and worked at the Westside Pharmacy from 1960 until 1968 and also at the Houghton County Medical Care Facility where he was instrumental in the creation of the Poison Control Center at St. Joseph’s Community Hospital. It was in 1968 that Charlie and Susie moved to Ishpeming, with Charlie operating Morrison’s Pharmacy for many years retaining his Pharmacist’s license until 2013.

Charles was a member of St. Joseph Catholic Church in Ishpeming along with the Ishpeming Elks Club, Knights of Columbus, Michigan Pharmacists Association and the Wawonowin Country Club. During his life he kept active with activities and hobbies that included; fishing, playing baseball in his younger years, serving as an altar boy at St. Ignatius in Houghton, enjoyed trips to the casino, and especially following his family in their many activities and events. Charlie loved his favorite sports teams which included the Packers, Tigers and Red Wings.

Charlie’s dedication to his family did not end at the family household, he invested in an escape from reality for his family by establishing a place of connection on the Dead River Basin. The DRB gatherings created family bonds and memories that will last forever, these bonds brought such joy, happiness, warmth and love for Charlie and Susie. Only Charlie could grill the best BBQ chicken without a timer, he had his own timer.

He was preceded in death by his parents John and Eva Dix, 2 sisters – Kay, Dorothy and 5 brothers – Roy, John, Jim, Bill, Bob. Also preceding him in death were his in laws Theodore and Martha Laitinen and sister in law Barbara Wiitanen.

The family will greet relatives and friends from 11:00am – 12:00pm at the St. Joseph Catholic Church where a Mass of Christian Burial will be celebrated at Noon on Monday, August 26, 2019 with Fr. Ryan Ford officiating. Interment will take place at the Ishpeming Cemetery Columbarium. A luncheon will follow the Mass in the Church Hall.

The family wishes to give a special thanks to Rea Ann from Arcadia Home Care – Charlie’s favorite caregiver; also to Paula, his RN from UP Health and Hospice. Much appreciation goes to Dr. Michael Prevost and Dr. Lloyd Hooper who always gave Charlie the great, personal care he needed.

Charles’ obituary may also be viewed at bjorkandzhulkie.com where relatives and friends may leave a note of remembrance.