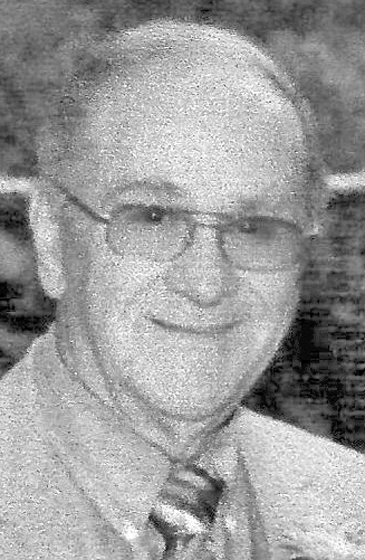 ISHPEMING, MI – After bravely fighting ALS for two years, Thomas Jack Boase peacefully passed away in the early hours of June 11 at UP Health Systems Marquette.

He was born September 1, 1930, the only child of Raymond Boase and Lucille (Menhennet) Boase. He graduated from the Ishpeming Schools and resided in Ishpeming for all of his life, except for the four years spent in the US Navy during the Korean War.

Jack married Janet (Lofaro), the love of his life, and together they raised four wonderful children: Steven, Brian, Julie, and David. After attending NMU, he received a BA in Social Work and an MA in Education. He taught for four years in Champion followed by 30 years in Negaunee, where he also successfully coached Negaunee J.V. football teams, including an undefeated season. He was a past president of the Negaunee Teachers’ Association and served as Region 17 President of the Michigan Education Association. He was a member of the Pioneer Kiwanis, American Legion, and the Wawonowin Golf Club. He also coached Little League and Babe Ruth baseball for many years.

He and his wife, Jan, were instrumental in forming the singing groups, The Choraleers and Allegro, which entertained the local community for 30 years. Their Christmas shows played to a full house in the Ishpeming Auditorium for four straight years with Jack as the director and Jan as the accompanist. Jack was also very active in the Wesley Methodist Church, where he sang in the choir for over 70 years.

Jack loved when his grandchildren visited, and he attended every sports game that they participated in. He also kept reports on his grandsons in Seattle, who made him so proud when they excelled in their studies and activities.

He and Jan celebrated their 67th wedding anniversary on June 5, 2019.

His funeral will be held on Friday, June 14th, at the Wesley Methodist Church, with visitation from 10 a.m. to 12 p.m. with the service at noon. A luncheon will follow.

Memorial remembrances may be made to the Wesley Methodist Church or to the D.J. Jacobetti Home for Veterans.

Jack’s obituary may be viewed at bjorkandzhulkie.com where relatives and friends may leave a note of remembrance.