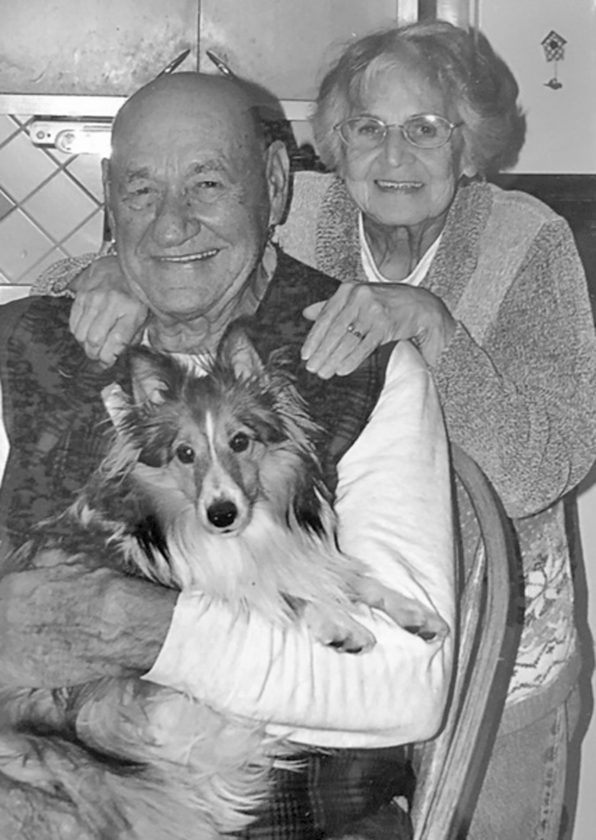 MARQUETTE, MI – Richard M. “Dick” Paquette, Sr., 85, of Marquette, died peacefully Saturday morning, June 8, 2019 at his home, surrounded by family and under the care of UP Home Health & Hospice. Richard was born on May 15, 1934 in Marquette, a son of the late Emil “Poker” and Mary (Novak) Paquette and was a lifelong Marquette resident. On August 1, 1953 he married the former Marilyn “Babe” Billings at St. John’s Catholic Church. She preceded him in death on October 12, 2014.

A 1952 graduate of Graveraet High School, Richard played football all four years and in his senior year, was selected for the Great Lakes All Star football team as defensive tackle. On offense, he led interference for ball carriers on end or off tackle power plays.

Richard was employed with the Lake Superior & Ishpeming Railroad retiring as an engineer in 1997.

He was an avid woodsman enjoying hunting, fishing and trapping. He knew his way around the woods in every capacity. In the fall he would pick mushrooms to make his Slovak mushroom soup always served on Christmas Eve. Richard additionally liked to bake bread, cook and even built his family home and all of its additions over the years.

A popular Slovak toast which Richard was very fond of was, “na zdravie” (to your health).

The Canale-Tonella Funeral Home is assisting the Paquette family where memories may be shared at canalefuneral.com.