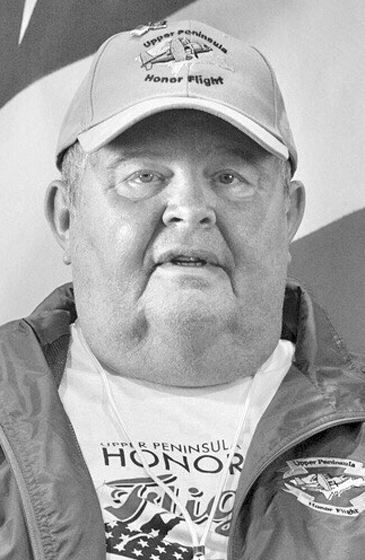 Irvin was born in Niagara Falls, NY on February 24, 1948, son of Margaret (Rummel) and the late William John Baer. Following his graduation from high school in 1969 he enlisted into the U.S. Air Force before he got drafted. He served in the United States Air Force for 20 years, initially during the Vietnam War and was stationed later at K.I. Sawyer Air Force Base which brought him back to the Upper Peninsula.

He retired from the Air Force in 1989 and then sold life insurance for 10 years as an agent for Franklin Life until 2000.

Max was a member of the Ishpeming VFW, AmVets, and the Vietnam Veterans of America, chapter #380 along with being a proud member of the NRA. Max enjoyed golfing, fishing, hunting, four-wheeling and camping especially when it involved being with his grandchildren.

He was preceded in death by a daughter, Lauri Baer in 2010.

Funeral Services will be held 12:00 PM on Friday, June 14, 2019 at the Bjork & Zhulkie Funeral Home with Pastor Kevin McIlhany officiating.

Interment will take place at the Ishpeming Cemetery, where Military Honors will be accorded by the United States Air Force.

Memorials may be directed to the Upper Peninsula Honor Flight, 7508 J. Road, Gladstone, MI 49837 or online at www.upperpeninsulahonorflight.com

Max’s obituary may also be viewed at bjorkandzhulkie.com where relatives and friends may leave a note of remembrance.