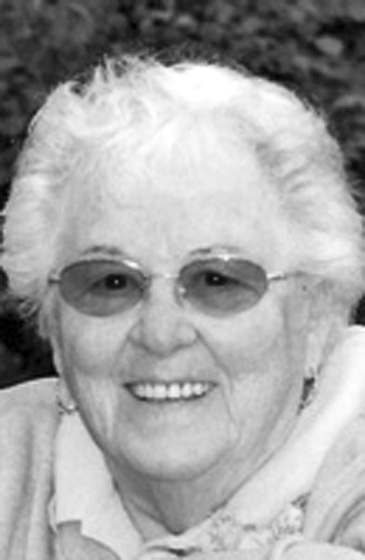 Rosemary was born on June 8, 1930 in Ishpeming, daughter of the late Armidos and Grace (Goldsworthy) Hart. She attended National Mine schools in her childhood and was a graduate of the Ishpeming High School. She worked for a short period of time for Bell Telephone before marrying her husband George C. Clark on September 11, 1949.

Rosemary was a member of the Grace Episcopal church in Ishpeming, where she was very active, and enjoyed receiving communion every Sunday even while she resided at MCMCF. She loved knitting, especially Christmas stockings, which were considered her specialty. Rosemary knitted hundreds of them personalizing many to match its respective recipient. She loved feeding her birds, flowers especially marigolds which she would plant every summer in her box garden. She loved to sing, teaching and passing on many family songs from generations before her to her children through her mother and aunt.

Rosemary loved her family camp, moving out there for summers to enjoy the warm weather, swimming, and family time. She was actively involved with the American Legion Drum and Bugle Corps and the Blues Notes when her children were playing, traveling all over the Midwest to competitions. Rosemary enjoyed traveling with her husband, wintering in Florida and Gulf Shores, Alabama as well as traveling to many other parts of the US to visit and vacation.

Most of all, “Bunna”, as she was known by her grandchildren, was a devoted Grandmother and Great-grandmother and cherished the time she spent with them and attending the many events they were involved in.

Rosemary’s family will greet relatives and friends from 2:00pm until 4:00pm on Tuesday May 14, 2019. A Memorial Service will be held at 4:00pm with Rev. Cathy Clark officiating. A luncheon will follow the service in the church hall. Inurnment will take place in the Ishpeming Cemetery.

Rosemary’s obituary may be viewed at bjorakndzhulkie.com where relatives and friends may leave a note of remembrance.