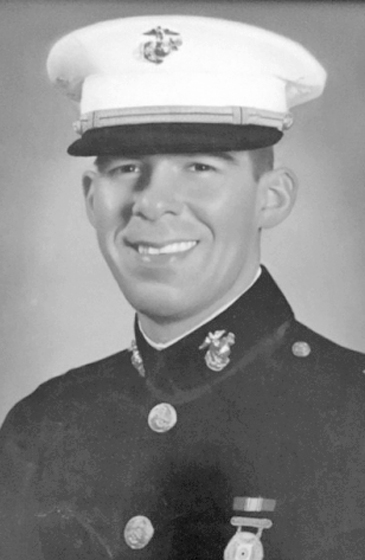 Born May 14, 1940, in Detroit, a son of Frank and Eva (Samardjic) Barkovich, Andy was raised in Detroit, and graduated from Pershing High School in 1958.

He continued his education at Highland Park Junior College for two years and then Wayne State University for another two years, receiving a double major in Geology and Geography. In 1966, Andy embarked upon a 20 year career in the US military, serving in the US Marine Corps and attaining the rank of Major. He retired in 1986. He later served for 9 years as a representative for the National Rifle Association, traveling around the country giving lectures and teaching principles of gun safety. He retired from the NRA in 1999 and relocated to Deerton in 2000. He was a distinguished marksman, especially with a 50 caliber weapon, and was a lifetime member of the NRA and belonged to the Gold Prospectors Association of America. He enjoyed hunting and military history.

Andy is survived by his former wife, Diana Barkovich of Evansville IN; a brother, Karl (Laura) Barkovich of Brighton; cousins, Cheryl and Delores; and many friends.

Honoring Andy’s request, no public services will be held. His cremains will be interred in the Deerton Cemetery.

Fassbender Swanson Hansen Funeral and Cremation Services is serving the family. Condolences may be expressed online at fassbenderswansonhansen.com