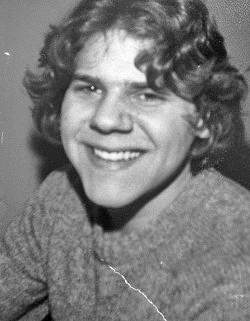 Born May 14, 1958, in Marquette, a son of Kenneth D. and Janet A. (Baribeau) Desmarais, Greg was raised in Marquette and attended Marquette Senior High School. While in high school, he was employed as kitchen help at the Northwoods Supper Club. Greg possessed a very gentle personality, a good sense of humor, and was well liked by friends and caregivers who really enjoyed him.

Greg enjoyed reading, collecting coins, and participated in taekwondo as a youth. He also loved nature and he did really enjoy being outdoors.

As a young adult, Greg unfortunately was stricken with a debilitating mental illness. There are many things that he did not get to experience in his life because of it. For much of his life he did pretty well taking care of himself but required various resources for assistance. His mental and physical health began to decline several years ago, at which time he began residing in a local nursing home.

As his health worsened he spent quite a lengthy time at Marquette Health Systems, in Marquette, where he was well cared for and was often seen walking around the hospital or being pushed in a wheelchair by a care aide while holding onto his balloons. He got to be very well known by all of the caring staff there.

Survivors include his sisters, Kim Bears of Everett, WA, Denise (Klaus) Breuer of Miehlen, Germany, Jackie (Karl) Johnson of Marquette, Cheryl Desmarais of Escanaba, and Diane (Dan) Pollock of Kingsford; several nieces and nephews. Greg was preceded in death by his mother, Janet Desmarais; his brother, Donald Desmarais; and his father, Kenneth Desmarais.

Gregory’s family would like to deeply thank all of the people and agencies that helped him throughout his lifetime. Pathways of Marquette, Marigold of Palmer, The Lighthouse of Ishpeming, UPHP, DHS, all employees of Marquette Health Systems and special friend, Jill, who went above and beyond for him there, and lastly Hope Network, Bay Haven in St. Ignace. Greg spent his last few days there under hospice care and was treated with dignity and respect by the entire staff, who showed him love and compassion during his last days with us.

A memorial service, commemorating the lives of both Greg and his brother, Don, who died in 2012, will be held at the Swanson-Lundquist Funeral Home on Friday, August 10, 2018, with the times to be announced closer to the date.

Condolences may be expressed online at swansonlundquistfuneralhome.com