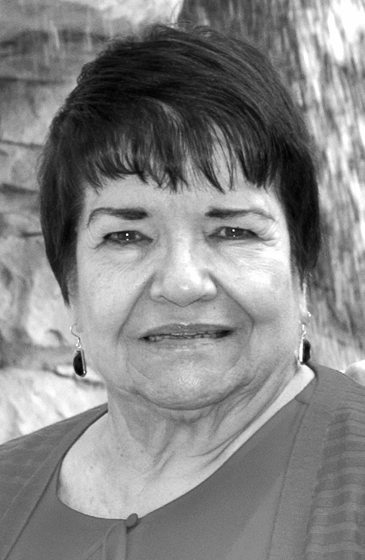 Jeannie, as she was known by all of her family and friends, was born and raised in Marquette MI. and graduated from Bishop Baraga High School in 1955.

Jeannie is survived by many family members still residing in the Marquette area. Sister-in-Law Alice (Charles) Aho, sister Shirley and brother-in-law Louis Taccolini, sister Mary Lou (Julius) Tiziani, and sister in law Sharon (James) Aho-Farrell. She was a proud and loving “Auntie” to her many nieces and nephews.

Jeannie, lived in Michigan for the majority of her life. While she primarily raised her children in Escanaba, she later moved her family to the Grand Rapids area in 1982 to continue a career with the Bell Telephone Company. She worked as a directory assistance operator for Bell Telephone, (and its later namesakes,) for thirty plus years and happily retired in 1995. In her retirement Jeannie enjoyed spending time with her grandchildren, baking many cookies and traditional Upper Peninsula pasties and telling “Michigan Stories.” An avid crafter and gardener, she enjoyed decorating her home for every holiday throughout the year, especially Christmas. If there was a gift to be given hers would have the prettiest wrapping and a spectacular hand-made bow. She enjoyed cooking and entertaining and was a warm and welcoming hostess. Jeannie knitted countless hats and scarves, all given away as gifts, many in Green Bay Packer colors on request. For many of her retirement years Jeannie also enjoyed epic summer casino trips throughout Michigan with her two daughters, Tina and Tamra. In 2017 Jeannie celebrated her eightieth birthday with her four children at the Hard Rock Casino in Hollywood, FL. In 2018 she finally moved to Florida to be with family members. She lived in Cape Coral Florida under the loving care of her daughter Tamra.

Per our Mother’s request there will be no memorial service. Internment for her ashes will be at a later date at Holy Cross Cemetery in Marquette, MI. Jeannie’s final request was to be buried near her beloved twin brother James Aho. The family will request a Catholic mass be said in her memory at a later time. In lieu of flowers or well wishes, instead please spread some kindness and generosity to someone in need.