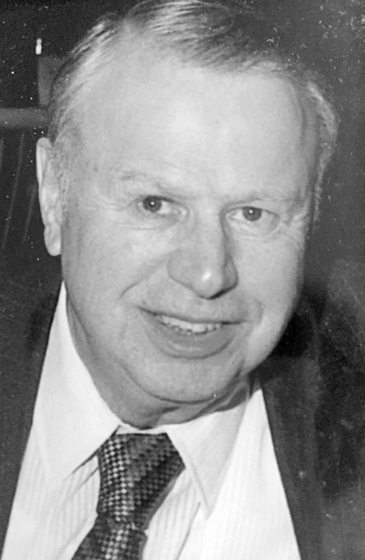 Bill was born on November 3, 1927 in Marquette,MI to the late Walford and Margaret (Hadrich) Nystrom. He married his high school sweetheart, Margaret Blemberg in Marquette.

After graduating as class president from Graveraet High School, Bill earned a degree at Northern Michigan University and a Masters degree at Wayne State University. He excelled at sports, and was awarded a basketball scholarship during his university studies. While in the U S Army, Bill served in South Korea. He then completed medical podiatry studies at Temple University in Philadelphia, PA.

Bill and Margaret enjoyed retirement between their homes in De Pere and Sun City. Together they traveled the world, visited friends and relatives across the country and cheered the Packers.

He was preceded in death by his parents and by brothers Richard, Wayne and Donald Nystrom.

In lieu of flowers, memorials are requested in Bill’s name to Curative Connections in Green Bay at 2900 Curry Lane, Green Bay, WI, 54311.