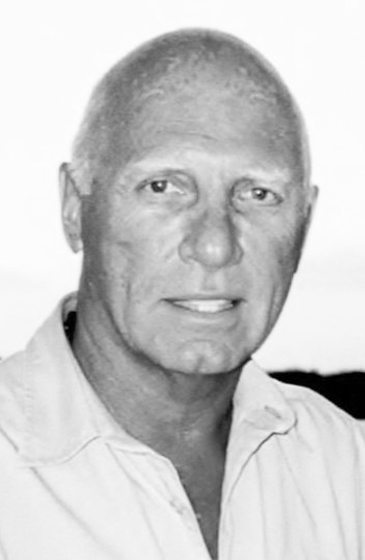 MENDOTA HEIGHTS, MN – Dr. P. Tim Zhulkie passed to his eternal home on the evening of Sunday, March 11, 2018, at his home in Mendota Heights, Minn. His wife, Susan, and daughters Pam Stein and Lynn Zhulkie were at his side, assisted by Fairview Hospice.

Tim’s parents were Paul and Mary (Orem) Zhulkie, Ishpeming natives. Tim was born during the great snowstorm of January 28, 1938. Paul used his oil delivery truck to drive Mary to St. Mary’s hospital in Marquette. He was named Paul Timothy on his birth certificate and at Baptism, but ever known as Tim, Timmy or Tim-Tam. Family was Tim’s greatest joy. He would do anything for his wife and daughters, and was most concerned for their welfare. His five grandchildren were the last, best gift of his life. He built blanket “camps” and bicycle routes through the yard for them. Grampa would play anything – the sillier, the better- for hours with them. They shared many big laughs.

Tim was a good student blessed with outstanding athletic talent. He lettered in four sports at Ishpeming High School. His speed in the 100 and 200 yard dashes gave him the U.P. record that lasted over 20 years. Football success resulted in a four year scholarship to Marquette University and try-outs with the Boston Patriots and Toronto Argonauts. Tim was inducted into the UP Sports Hall of Fame in 1990. His athletic career included coaching his daughters’ softball team, The Panthers, and was capped by coaching the middle school girls’ basketball team at Bishop Baraga Grade School.

In 1961 he entered Marquette U. College of Dentistry and earned his D.D.S. in 1965. He married Susan Theissen, his college sweetheart, on November 28, 1964 at Church of St. Louis in St. Paul, Minnesota. They spent a year in Jacksonville, Florida for a dental internship and then moved to Gwinn to associate with Dr. Gus Anderson in 1966.

In 1969 Tim established his dental practice on Third Street in Marquette and quickly became part of the community and developed long-lasting, warm relationships with each of his patients. Dr. Tim retired at the end of 1999. Since then, when asked what he missed about dentistry he always answered “seeing my patients”. Tim was a “people person” and no one was a stranger to him.

Besides his parents, Tim was preceded in death by his brother Peter, his sister-in-law Bernadette Weis, aunts Helen Delbridge, Lillian Smith, Hazel Zhulkie, and uncles Fred Zhulkie, and Edward Zhulkie.

The family is grateful for the medical care received over the years by Dr. Huffman and his assistant, Marcy. Tim was a faithful member of St. Michael’s parish, Marquette.

There will be a funeral at St. Peter’s Church of Mendota on Friday, March 16 at 11:00 a.m. preceded by visitation at 10:00 a.m. Willwerscheid Funeral Home is assisting the family. During the summer a service of remembrance will be held in Marquette.

In lieu of flowers, a kind remembrance of Tim would be to support a youth activity of your choice. Also, because Tim was a grateful organ transplant recipient, putting organ donation on your driver’s license would be a wonderful tribute.