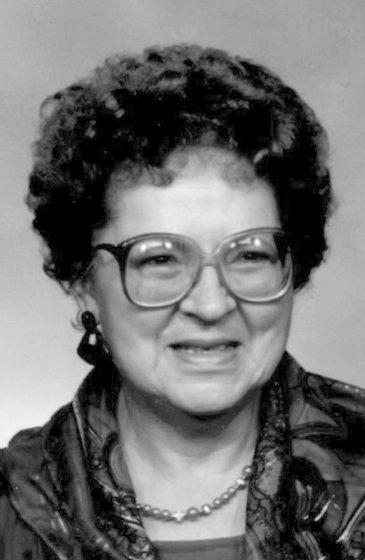 NEGAUNEE, MI – Betty Deane (Gruver) Alumbaugh, 90, of Negaunee, MI was born January 13, 1928 in Pittsburg, KS to Ralph Ivan and Lavon Jewel (Scott) Gruver. They lived in Pittsburg, KS 2 years then to a farm near Nashville, MO and around age 7 moved to Lamar and attended a one room school North of town. She moved to Detroit, MI, and that’s where she married Carl Alumbaugh August 8, 1948. In the early 1950’s they moved to Kansas City, MO. She was employed as a telephone operator and secretary at Bell Telephone, Air Force Base Company and US Air Force retiring in 1983.

While in Kansas City she was a member and attended The United Methodist Church in Ruskin Heights, S. Kansas City. In 2002 Betty moved to Henning, MN to be with her daughter and son-in-law.

After the death of her daughter and caretaker Karen, June 13, 2015 she moved to a nursing home in Negaunee, MI to be near her grandson and his family. Betty enjoyed meeting with friends to drink coffee, visit and play cards. She also enjoyed drawing, painting and writing poetry and had some of her poems published.

She is survived by her grandson; Jason Alumbaugh his wife Jana and a great grand daughter; Janelle. She is also survived by many nieces and nephews.

Full obit can be read and condolences left at www.konantzwarden. com