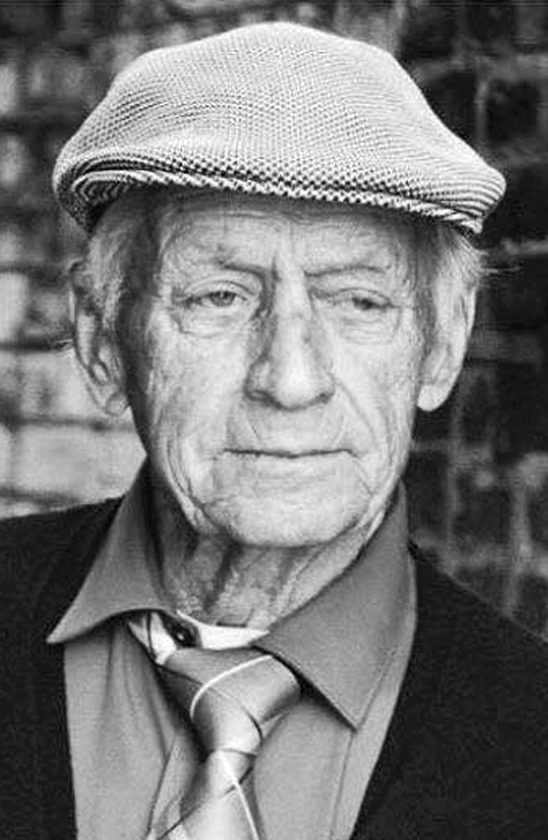 MARQUETTE, MI – Phil Niemisto, who was once described as “the self-appointed maintenance man for downtown Marquette,” died Sunday, February 25, peacefully at his home in Marquette. He was 88 years old.

Phil also leaves behind his longtime friend and companion, Leilani Johnson of Marquette.

He was born in Ishpeming, October 19, 1929. That was exactly ten days before “Black Tuesday,” the start of the stock market crash. The Great Depression had begun, and Phil’s parents, along with him and his two sisters, were among the victims. Money was extremely tight, his father had to travel for employment, and ultimately his parents gave the children up.

Phil was placed in the Marquette Orphanage. That’s where he grew up, that’s where he picked up farming skills on the plot of land just behind the Orphanage. He lived there into his adolescence, and then he was sent off on his own, with a limited education and hardly any cash in his wallet.

But he found assorted jobs. Among them: a farmhand in the Upper Peninsula, a General Motors worker and hospital orderly downstate, an orderly at St. Mary’s Hospital in Marquette, and a janitor at Peter White Public Library.

Then in his fifties, he discovered his true calling, the one that would eventually make him a Marquette icon. He created his own jobs, washing windows and shoveling snow for merchants downtown and along Third Street while setting up and caring for gardens interspersed amid the buildings.

He negotiated casual, friendly deals with the business owners, maintained his accounting books, and worked his routes six days a week.

“He was always downtown eager to work,” says CPA Brendon Krause, who became a close friend. “He never had much more than two nickels to rub together but you’d never know he was struggling.”

“Downtown was his home,” adds Sue Kensington, the former owner of HotPlate. “That’s where he was most comfortable. That’s where his people were.” Many a morning, Phil and Sue sat together at HotPlate, chatting, laughing, and sipping coffee before Phil returned to his work.

For 35 years, he did his job, walking the streets of Marquette, wiping clean the store windows, shoveling snow in winter (though he had to give that up in his latter years), tending to his gardens, and offering a smile or conversation to anyone who wanted to stop and talk to him.

And people noticed. They valued his service. Awards piled up year after year-the Goodwill Ambassador, the Exemplary Citizen Award, the Earth Day Hero Award, the WLUC Upside Award, the Chamber of Commerce Citizen of the Year, the Certificate of Congressional Recognition for Volunteering Award, and more. Many more.

In addition to his love of Marquette, Phil had an equal love of his beloved Mackinac Island. He was there during the filming of Somewhere in Time and always looked forward to his annual trips to the island.

The City Commission voted to name the Pocket Park on Washington Street after him, and then last fall the Downtown Development Authority managed to raise enough money to have a lifelike sculpture of Phil created. The sculpture now sits on a bench in the park.

Phil Niemisto had become, quite possibly, the most famous and beloved citizen of Marquette.

And what was it exactly that drew people to him? Why was he so admired? Above all, it was his work ethic. He insisted on working every day, regardless of the weather, regardless of his health. He didn’t need a boss to tell him what to do; he just did it. He was proud of his hometown, he was proud to make it a prettier place to live.

But you couldn’t help noticing, in recent years, that Phil was slowing down. Crossing a street could take up to a minute sometimes, and reaching the tops of windows with his squeegee became problematic.

His friend, retired doctor Peter Zenti, once asked him, “Would you ever think about retiring?” Phil’s response: “That would be a death sentence!”

So he continued his daily rounds.

Friends helped him-with rides (he didn’t own a car), with food, with necessary trips to the store, with Sunday outings.

His health was declining but he never talked about it, never complained. He had his work to do.

But on February 19th, friends, worried about him, took him to a walk-in clinic, and then to the hospital. He was released a few days later back to his apartment where hospice workers cared for him, along with his friends. More than fifty of them had volunteered to sit with him, 24/7, during his final days.

He lay there in his apartment where he was most comfortable-surrounded by his Christmas lights and decorations which stayed up year-round. He loved them. They made him happy.

“I think it all went back to his days at the Orphanage,” explains Brendon Krause, his CPA friend. “That was the happiest time for those kids. That was when they all got presents. Phil never forgot that.”

He was dealt a hand of misfortune early in life, but he never flinched. Instead, he managed to craft a full, rich, and meaningful life spanning 88 years. Phil Niemisto was truly a self-made man.

“For a man who really started out with no love,” Sue Kensington says, “someone who was given up as a boy. Look what happened to him. He was surrounded by love to the very end.”

Visitation for Phil will be on Sunday, March 4 from 11 a.m. to 2 p.m. at the Marquette Masonic Temple Red Room, 128 W. Washington St. A funeral service will be conducted in the Red Room at 2 p.m. with the Rev. Leon Jarvis officiating. Phil’s caregivers and extended family will act as pallbearers.

The Canale-Tonella Funeral Home is assisting the Niemisto family where memories may be shared at canalefuneral.com.