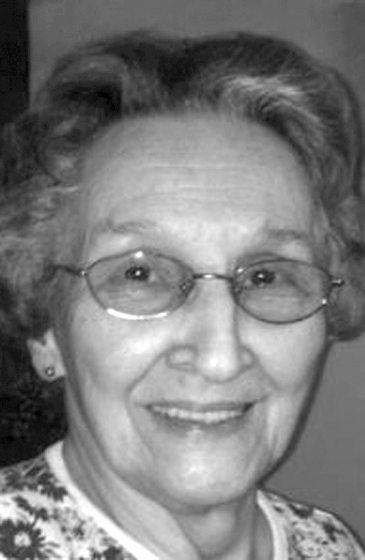 Lorraine was born May 29, 1929 in Marquette, the daughter of Clovis “Babe” and Bernice (LaBranch) Peano, Sr.

Lorraine’s mother died when she was three and she was raised mostly by her grandparents, William and Eva LaBranch. Lorraine attended Marquette area schools and started her working life at Donckers and Ben Franklin in her teen years. On April 2, 1945 she married Henry Croschere, beginning a 73 year life together. Continuing her working career she started working at St. Christopher School as the first school secretary. Later she began employment at Lear Siegler Instrument Division where they made instruments parts for the Apollo II mission that landed the first man on the moon. Finally near the end of her working career she worked at J.C. Penney and Prange’s before retiring in 1987.

In her spare time she and Henry loved to travel throughout the United States in their travel trailer stopping whenever something interested them. She had many hobbies over the years, but her favorite was singing. She sang in the church choir, at weddings and funerals, but country music at her family parties with Henry playing guitar were her happiest times. She was a founding member and charter member of St. Christopher Church.

She was preceded in death by her parents, brothers and sisters-in-law, Bernard “BJ” (Mary) Peano, Bob (Shirley) Peano, and Clovis Peano.

Friends may call at St. Christopher Catholic Church on Monday, January 22, 2018 from 10:30 am until 12:00 pm. A Mass of Christian Burial will be celebrated on Monday in the church at 12:00 pm with Rev. Greg Heikkala, pastor, as celebrant.. A reception will follow in the church hall.

The Swanson-Lundquist Funeral Home is serving the family where condolences may be expressed online at www.swansonlundquistfuneralhome.com