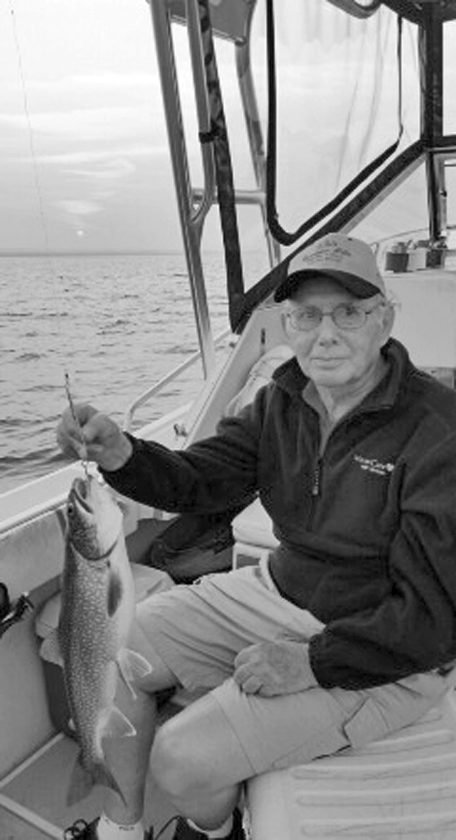 Allen was born December 11, 1935, in Marquette, a son of John and Carmen (Garberson) Morrissey. He attended the Marquette area schools and, following graduation, enlisted in the US Navy, serving his country during the Korean Conflict. Upon his honorable discharge, he returned to Marquette where he enjoyed a long career with Michigan Bell Telephone, working as a lineman and technician. In 1957, he married the former Sylvia K. Skiver, and together the couple established a home and raised five children. In later years, following retirement, Sylvia and Allen enjoyed traveling and wintered many years at their Florida home. He was always very supportive of his wife and the two of them shared many interests. Allen loved the UP where he could enjoy fishing and being out in nature, to him it truly was God’s Country. He possessed a wonderful sense of humor, loved writing and listening to poetry, and was a talented woodworker, especially carving wooden duck decoys. Both courageous and kind, he was always available to help family and friends and made friends feel welcome like family. However, Allen’s greatest enjoyment and fulfillment came from his family, especially the grandchildren. It was in family that the special bond of closeness and security was found, and it meant everything. Allen was a member of St. Michael Catholic Church, Marquette Elks Lodge B.P.O.E. 405, Richard Jopling Post 44 of the American Legion, and Marquette Golf Club.

In addition to his parents, Allen was preceded in death by his wife, Sylvia, in 2015; a granddaughter, Bethany; his sister, Annabelle Runsat; and his brother, Jim Morrissey.

The family will receive relatives and friends at St. Michael Catholic Church on Friday, January 19, beginning at 10:30 am. A Mass of Christian Burial will be celebrated at 11:30 am Friday morning with Rev. Greg Heikkala, pastor, as celebrant. Allen”Ä†s grandchildren will serve as his escorts. A reception will follow in the St. Michael Parish Center. Interment will be made in the Park Cemetery.

The Swanson-Lundquist Funeral Home is serving the family, where condolences may be expressed online at swansonlundquistfuneralhome.com