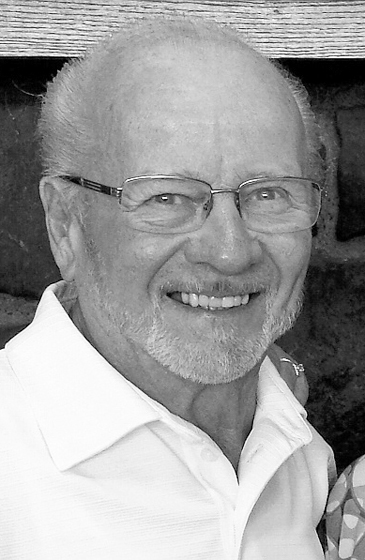 Roger was born July 3, 1937 in Laurium, MI, the son of the late Rev. Joseph L. and Judith (Moilanen) Blau. His family moved to Ishpeming when he was 12 years old. He was a graduate of the National Mine High School and furthered his education by taking real estate and business courses throughout the years. Roger served in the Michigan National Guard in the late 1950’s and early 1960’s. He married the former Sandy L. Mayotte on July 12, 1958, at the St. Joseph Catholic Church in Ishpeming. They resided there, raising their children until they moved to Marquette in 1985. They recently returned to the Ishpeming area.

His working career took him down many paths. Roger was a franchise owner for the Copper Country Dairy in the late 1950’s and 1960’s. He was known as the Singing Milkman. He was a realtor and branch manager for State Wide Realty in Ishpeming for many years, as well as co-owner with Sandy of their shoe store, Blau’s Bootery. He was a housing inspector for MSHDA under R & S Blau Associates for 22 years, until his retirement in 2012.

Roger was a member of St. Peter Cathedral in Marquette. He was also a member of the Ishpeming Elks Club, Ishpeming Lions Club, the Marquette Scuba Diving Club, and Realtors of America. He enjoyed skiing and skating and was an avid hunter. He was a lifelong Packer fan. Roger’s biggest joy in life was spending time with 3 generations of family and friends at his camp on Big Chief Lake in Republic. He and his wife Sandy also made lifelong friends while spending their winters in Florida.

He was preceded in death by his parents and 2 brothers, Alger Blau and Delbert Blau.

The family will greet relatives and friends from 11 a.m. – 1 p.m. on Saturday, March 18, 2017, in the Bishop’s Room at St. Peter Cathedral in Marquette. A Mass of Christian Burial will be celebrated at 1:00pm on Saturday, March 18, 2017, at St. Peter Cathedral in Marquette, the Msgr. Michael Steber officiating. Interment will take place at Park Cemetery in Marquette. A luncheon will follow in the Parish Hall.

Pallbearers will be Roger’s 6 grandsons.

The family would like to extend special thanks to Sister Marge, of Republic.

Memorials may be directed to the JDRF – (Juvenile Diabetes Research Foundation) at JDRF.org

Roger’s obituary may also be viewed at bjorkand zhulkie.com where relatives and friends may leave a note of remembrance.