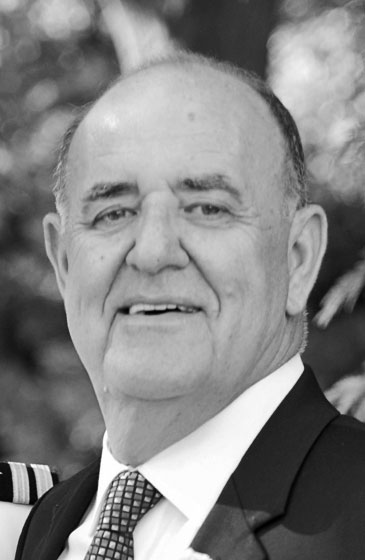 RAPID RIVER, MI – John Arball, age 68, of Rapid River and formerly of Wetmore, died Monday, March 13, 2017 at his home under the loving care of his family and OSF Home Hospice.

He was born in Munising, MI on March 12, 1949 to the late Jack and Marjorie (Smith) Arball. John graduated from William G. Mather High School in Munising in 1967. He then entered in the United States Army serving in Vietnam. He was honorably discharged in 1971 as a Specialist. On May 12, 1972, John married Janice A. Passinault, and together they raised their two children. Over the years, he worked as a general manager in automotive sales in: Munising, Marquette, Freeport, IL, Rhinelander, WI, Gaylord, Grayling, and finally retiring from Riverside Ford in Escanaba in 2014. John enjoyed the outdoors, grouse hunting, cooking and eating BBQ, playing with his Labradors, and watching sunsets. He was the ultimate negotiator and a bit of an antagonist, but was very social and cared greatly for others. John loved surrounding himself with friends and family, and was very proud of his children. He was a member of the American Legion Post #301 – Rapid River.

He was preceded in death by his parents Jack and Marjorie.

Visitation will be on Thursday, March 16, 2017 at the Bowerman Funeral Home in Munising from 4:00 until 7:00 p.m. Pastor Ray Merkerson will conduct John’s memorial service at 7:00 p.m. at the funeral home. Interment will be at a later date at the Maple Grove Cemetery in Munising, where the American Legion and Vietnam Veteran Honor Guards will conduct military honors. In lieu of flowers, memorials in John’s name may be made to Northwoods AirLifeline, P.O. Box 2973 Kingsford, MI 49802. This non-profit organization of volunteer pilots donate their time and aircraft to help transport patients and their families with urgent medical needs for services not found locally, all at no cost to the individual.

John’s obituary and guestbook may be viewed and signed at bowermanfuneralhome.net.