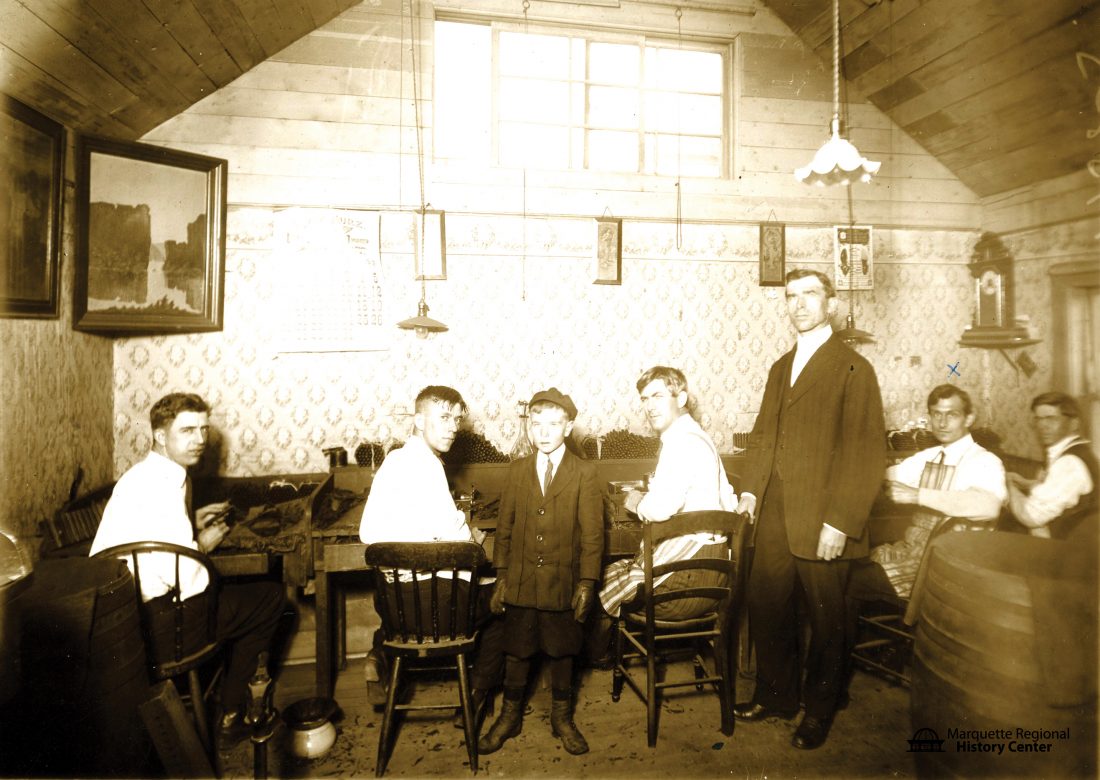 MARQUETTE — The Upper Peninsula’s history is full of weird and interesting trivia. Did you know that around 1900, there were 42 cigar makers in Marquette? By 1950, just one remained, Frank LaMora, who had been making cigars for 44 years. When he began serving his apprenticeship in the trade, there were six shops during a brisk business in Marquette. LaMora was one of a handful of cigar makers working in the Upper Peninsula.

LaMora estimated he had produced about 2,000,000 cigars since he began making them in 1906, and all of them were made by hand. He turned out as many as 50 cigars an hour or 600 cigars a day. In 1950, he was making cigars only in his spare time; his hands were not as nimble as they once were. He took pride in his work and bought only the finest tobacco. LaMora said, “Of all the different types of work I have done, cigar making has seemed the most enjoyable. No matter how tired I was, I still found pleasure in making a box of Marquette Clubs.”

In the early 1900s, the Upper Peninsula was dotted with cigar factories. Marquette’s six plants made it the leading production center above the Straits, and there were also factories in Ishpeming, Escanaba, Negaunee, Sault Ste. Marie, Iron Mountain, St. Ignace, Newberry, Manistique and Norway, in addition to several in the Copper Country.

A number of factors contributed to the decline of cigar making. The First World War turned smokers from cigars to cigarettes. Tobacco prices started to rise then and stayed up ever since, expect during the Depression. Machines came into wide use after World War I, causing many plants to shut down. Jobbers began introducing smokers in the region to eastern cigars which became popular and cut deeply into the demand for cigars manufactured locally.

But LaMora refused to abandon making cigars despite these adverse conditions. His two brands, Marquette Club and Encore, were available from local dealers. At one time, they were marketed throughout the UP, but, by the 1950s, they were sold almost exclusively in Marquette.

LaMora first made cigars for J.L. Bucher whose shop was located on the second floor of a building on the corner of Front and Spring Streets.

The following year, he went to work for A.W. Muhlhauser, who manufactured cigars across the street from the post office. Two years later, after completing his apprenticeship, he began his long association with August Libershal, originator of the two registered brands LaMora made later in his career.

Libershal came to Marquette in 1902, from Norway, Michigan, where he had been a cigar manufacturer. He opened a plant in 1904 and produced more cigars than any other manufacturer in the Upper Peninsula. In peak years, he employed ten full time workers in his shop. Libershal quit the cigar business in 1922, to take over the Queen City garage. He felt there was little future in the cigar trade, and said, “Cigar making is a think of the past for small concerns.”

After Libershal gave up the trade, LaMora went into business with Jacob Isadore. They operated another shop on the corner of Front and Spring Streets. In 1927, the partnership dissolved, and LaMora bought Libershal’s once flourishing business. He started making cigars on his own in a building on West Washington Street across St. John the Baptist Catholic Church. Two years later, in 1929, he built a shop behind his residence on Blemhuber. The manufacturing system LaMora used was essentially the same as that followed in circa 1900.

If you think you know everything there is to know about the history of Marquette and the Upper Peninsula, we challenged to you join the Marquette Regional History Center’s Third Annual Trivia Night. Originally scheduled for Wednesday, April 22 during National Library Week, Trivia Night will be rescheduled once the Stay Home, Stay Safe order is lifted.

Editor’s note: This story was adapted from the Winter 2014 “Harlow’s Wooden Man.”