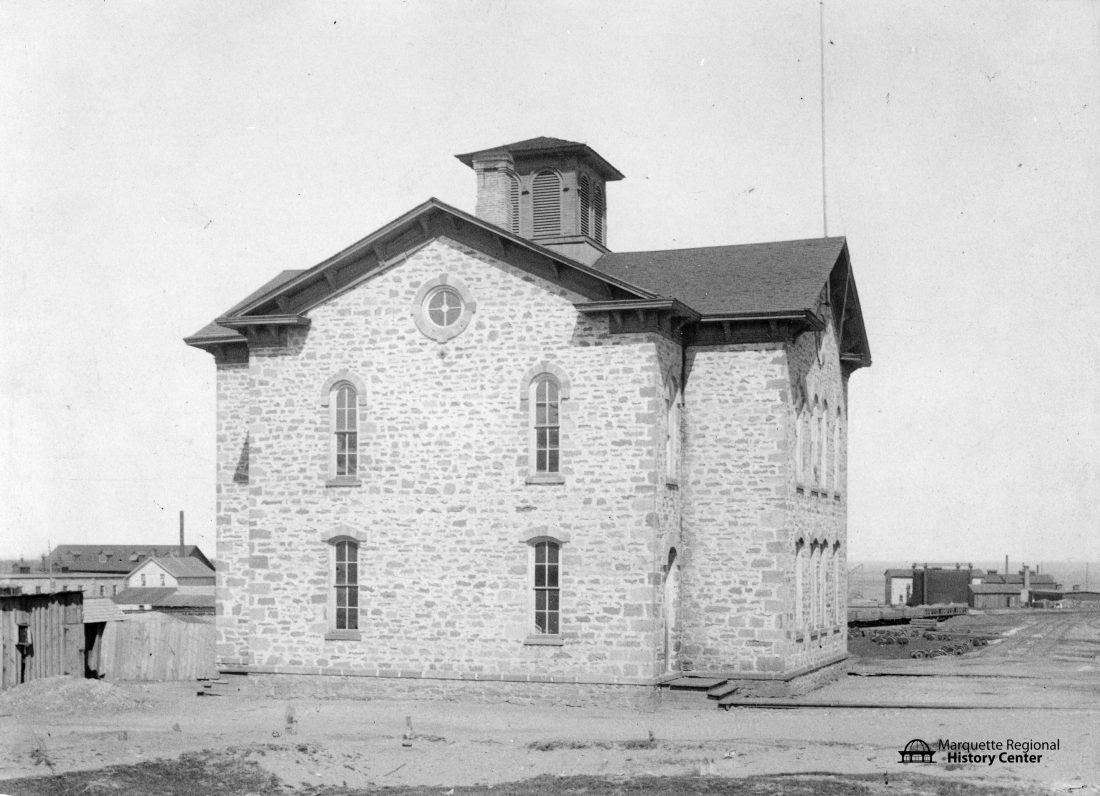 MARQUETTE — The buildings which housed two of Marquette’s earliest elementary schools, one located on the city’s south side, the other on the north side, are still standing.

The fact that they played a role in educating several generations of children from Marquette’s working class families seems to have been forgotten.

Rapid population growth in the area south of Whetstone Creek–what we now call “South Marquette”— prompted the construction of the city’s first neighborhood school, the Hampton School, near the corner of Hampton and Division Streets, in 1876.

Before then, students from South Marquette made their way by foot or by carriage to the city’s main elementary school at the time, the downtown Washington Street School, (located where Old City Hall now sits).

Much like the Washington Street School, the Hampton School was a two-story structure, with classrooms on both levels. Unlike the Washington Street School, which was constructed of wood and eventually burned to the ground in 1875, the Hampton School was constructed of brick and sandstone from the recently opened quarry a few blocks to its south. 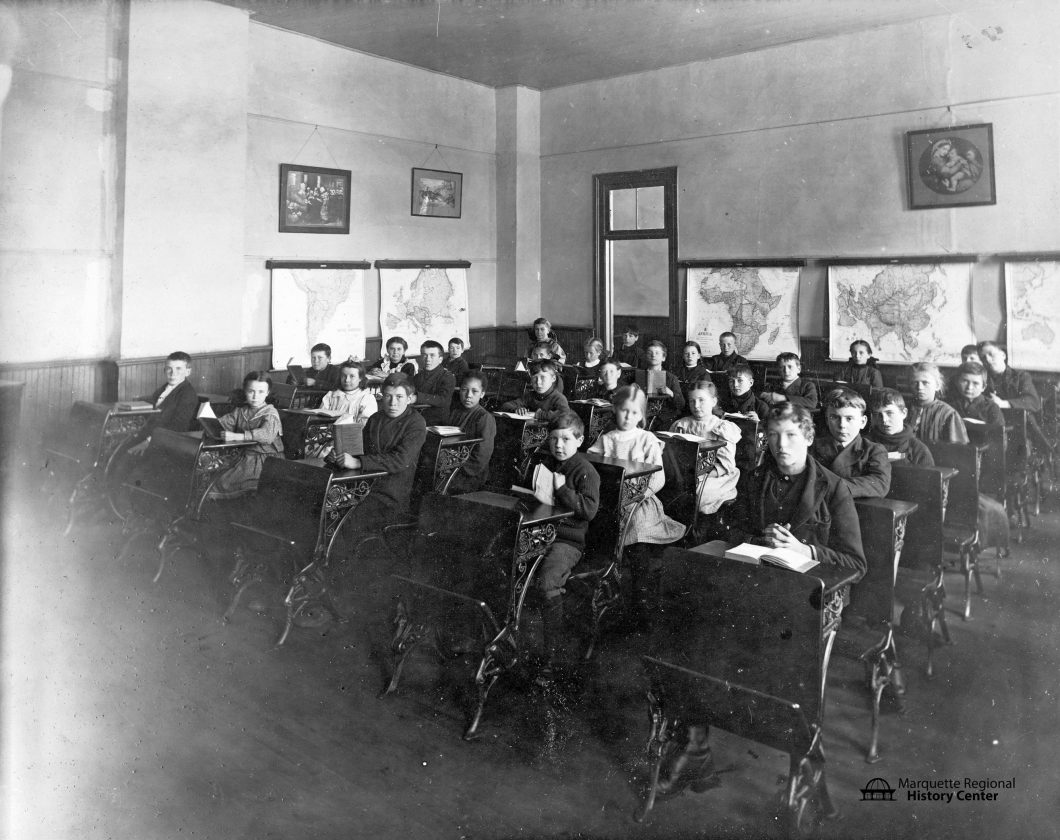 When it opened in the 1876, the Hampton School, like the Washington Street School, housed just first through sixth grades. A separate kindergarten class was not added to the facility until 1903.

A dedicated staff served the students, many of them children of recent immigrants from countries like Ireland and Sweden, throughout the years. In fact, one teacher, Mrs. Bain, always remembered the students she taught over the decades, and when they graduated from high school she would give each of them a 25 cent certificate from Donckers as a graduation gift.

The school was used until 1934, when an expansion at the Fisher School, located just on the other side of the Whetstone, was finished. The building then sat idle for a decade until it was sold to Menze Construction. The company still uses the remnants of the building today.

Several decades after construction of the Hampton School, the Marquette School board authorized construction of another school, this one on the city’s north side, to serve the 60 or so children from the Powder Mill and Dead River Locations, along with recently opened areas along the (then) new Presque Isle Avenue.

Classes were first given in a house rented from a Mr. Asire for $10 a month, and what was first known as the North Marquette School was formally opened in 1893 at the corner of Fitch and Harlow streets.

The wooden one-story building was designed to hold 180 students and as the area grew with the formation of nearby lumberyards and the Cliffs Dow plant, the classrooms rapidly filled.

“Swamp Tech,” as its students jokingly called it, was a bare bones, utilitarian building. It only had four rooms; the kindergarten class occupied one, while students in grades one through six shared the other three. And according to a school pamphlet, it only had “adequate sanitary toilet facilities” installed in the 1930s.

Nonetheless, the school, which was renamed the Lakeside School in the late 1950s, continued to serve students into the early 1960s, when it was closed following the expansion of Whitman Elementary and the opening of the current High School in 1964.

Although both structures are still standing, their use as schools has been largely forgotten by the general public. Pictures of both, in fact, are hard to come by.

However, for several generations of youth growing up on the periphery of the city, the schools provided them not only with an education, but also with a sense of “neighborhood,” from a school they could call their own.

The two schools, along with many other subjects, will be the topic of “Jim Koski & Jack Deo Take on North vs. South Marquette,” a fundraiser program for the Marquette Regional History Center at Kaufman Auditorium at 7 p.m. Thursday.

Tickets purchased in advance are $15 and $20 at the door. For more information, call the History Center at 906-226-3571 or visit www.marquettehistory.org.