How did Marquette get its name? 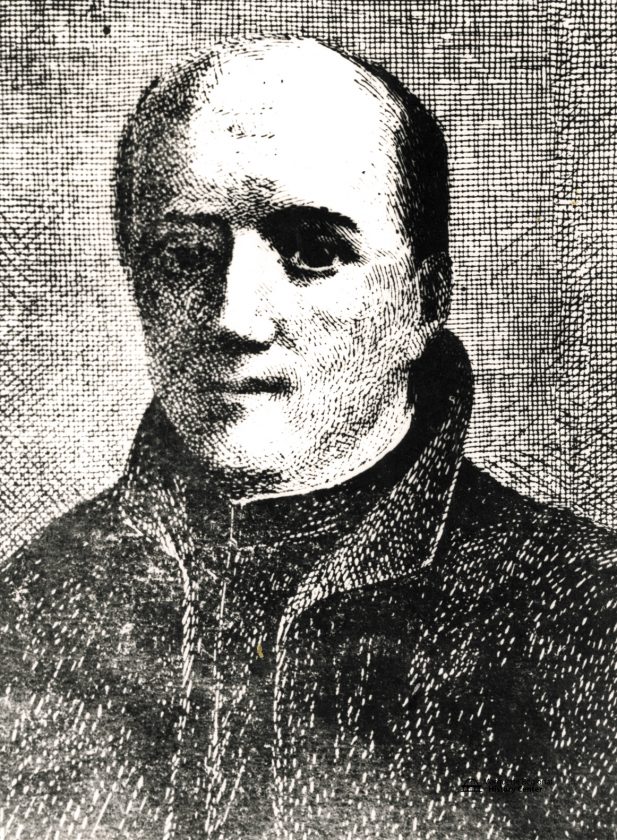 In its early history as part of the state of Michigan, the area that is now Marquette had several names in a short period of time. While we have good information about the chronology of these names, their origins are not completely understood. Further research is merited and encouraged.

Michigan became a state in 1837. Border tensions between the Michigan territorial government and Ohio, the so-called Toledo War of 1835 and 1836, ended when President Andrew Jackson brokered a statehood deal. The compromise compelled Michigan to give up its claim on the Toledo Strip in exchange for a portion of the Wisconsin territory.

The new part of Michigan, which became known as the Upper Peninsula, was divided into six counties by an act of the Michigan Legislature on March 9, 1843. The counties of the Upper Peninsula were Michilimackinac, Chippewa, Schoolcraft, Marquette, Ontonagon, and Delta.

Marquette County was therefore set off in 1843. The county government was not organized at that time because very few settlers lived within its boundaries. Judicial matters involving Marquette County were handled in Chippewa County at this point.

How exactly the name Marquette was chosen is not clear. The name may reflect a local legend that Jesuit missionary Jacques Marquette (1637-1675) preached a sermon on the shore near what is now Lighthouse Point in Marquette to an Ojibwe audience. There is no decisive evidence corroborating Father Marquette’s visit, but some scholars think it is possible the Jesuit explorer may have stopped at the site in question in 1671. Whether or not the account of his sermon on the shore of Lake Superior at Lighthouse Point is accurate, Marquette was certainly associated with early Upper Peninsula history because of his missionary work among the Native Americans of New France.

The beginning of the development of the Marquette Iron Range can be traced to the same year. Government Surveyor Douglass Houghton (1809-1845) delegated much of the responsibility for surveying the Upper Peninsula to William Austin Burt (1792-1858). Noticing unusual magnetic effects on his compass, Burt discovered a major iron deposit near Teal Lake, in the vicinity of what is now Negaunee, in 1844. This discovery was announced in reports by Houghton and Burt, alerting the world to the untapped resource in the central Upper Peninsula.

The Michigan Legislature changed the name of the township in Marquette County from Carnes to MacLeod on March 19, 1845. The renamed township still occupied the entire area of Marquette County.

Did inspiration to call the township MacLeod come from William Norman MacLeod [sometimes spelled McLeod and Mac Leod] from Mackinac, who served in the Michigan Legislature from 1843 to 1845, one of his relatives, or is the similarity of names a coincidence? We have scraps of information about William Norman MacLeod (1815-1853), who was born in New York and graduated from the University of Pennsylvania in 1834.

George H. Hazelton (born circa 1809) served with William Norman MacLeod in the Michigan Legislature while representing Genesee County and later got to know him when both attended the Michigan Constitutional Conference of 1850. Hazelton described MacLeod as a notable figure. According to Hazelton, McLeod was educated to be a pastor, and served a congregation in Pittsburgh before coming west to Mackinac. Hazleton remembered MacLeod as a person of great wit, learning, and charisma. Hazelton noted that MacLeod drank little in the years that he knew him, but had struggled with drunkenness before his political career, and later succumbed to alcoholism.

Other sources describe that in his years at Mackinac, MacLeod had a complicated relationship with the Mormon population at Beaver Island led by their self-proclaimed king, James Strang (1813-1856). William Norman MacLeod’s connection to Marquette County, however, is not known and deserves further investigation.

Businessmen from Jackson, Michigan came to the Upper Peninsula in search of potential mining opportunities in 1845. An exploratory group led by Philo Everett (1807-1892) encountered Ojibwe chief Mah-je-ge-zhik (died circa 1857) at Copper Harbor. Mah-je-ge-zhik guided the group to Teal Lake and showed the explorers a spot where iron ore was visible in the roots of a fallen tree. This became the site of the Jackson Mine, source of high-quality iron ore from 1847 onward.

On February 15, 1848 another act of the Michigan Legislature changed the name of MacLeod Township to Marquette Township, which still encompassed all of Marquette County. The act mentions a meeting in the home of Lucius A. Thayer to organize the once-again renamed township.

The origin of the name of the city of Marquette is also complicated. In 1849, a group of investors in Worcester, Massachusetts including Amos Harlow (1815-1890), Waterman Fisher (1809-1881), and Edward Clarke [often spelled Clark] (died 1849) formed a company to take advantage of the nascent iron boom in the Upper Peninsula. They were joined in their enterprise by Robert Graveraet (1820-1861) of Mackinac Island, who brought along a teenager named Peter White (1830-1908) as an assistant. Amos Harlow named the company the Marquette Iron Company after the county and township in which the eastern investors chose to set up operations.

In 1849, the settlement that the investors from Worcester, Massachusetts built on the shore of Lake Superior was named New Worcester or Worcester. In the autumn of 1849 Harlow established a post office at Worcester, and served as the first postmaster.

However, people had a difficult time with the discrepancy between the spelling and pronunciation of Worcester. The community soon became informally known as Marquette, the same name as Marquette Iron Company with its prominent new kiln, the township, and the county. The settlement’s name was officially changed to Marquette in 1850.

≤ March 9, 1843: Marquette County was created by the Michigan Legislature.

≤ February 29, 1844: Carnes Township, encompassing all of Marquette County, was created by the Michigan Legislature.

≤ 1845: Mah-je-ge-zhik guides mine investors led by Philo Everett from Jackson, MI to Teal Lake where they find iron ore in the roots of a fallen tree. This became the site of the Jackson Mine.

≤ 1849: A group of investors in Worcester, Massachusetts including Amos Harlow partnered with Robert Graveraet and Peter White to form the Marquette Iron Company. They called their settlement Worcester. 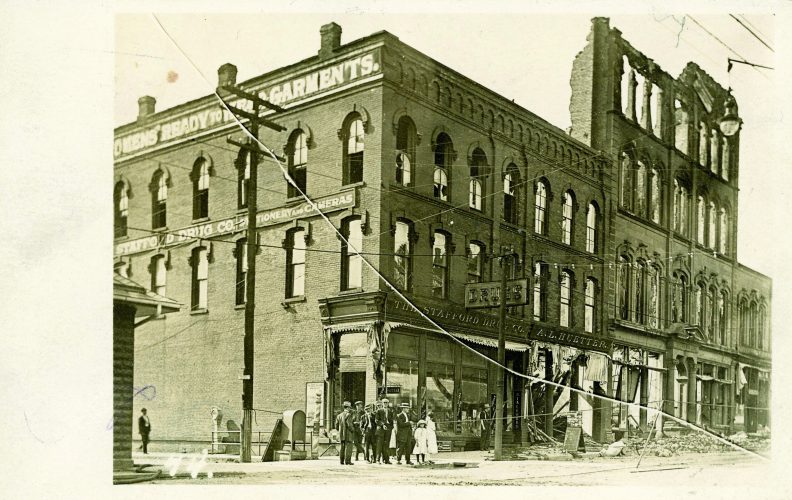 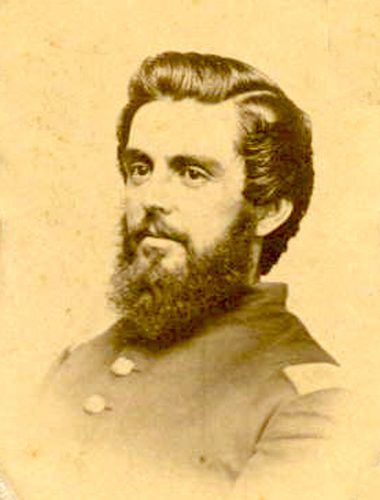