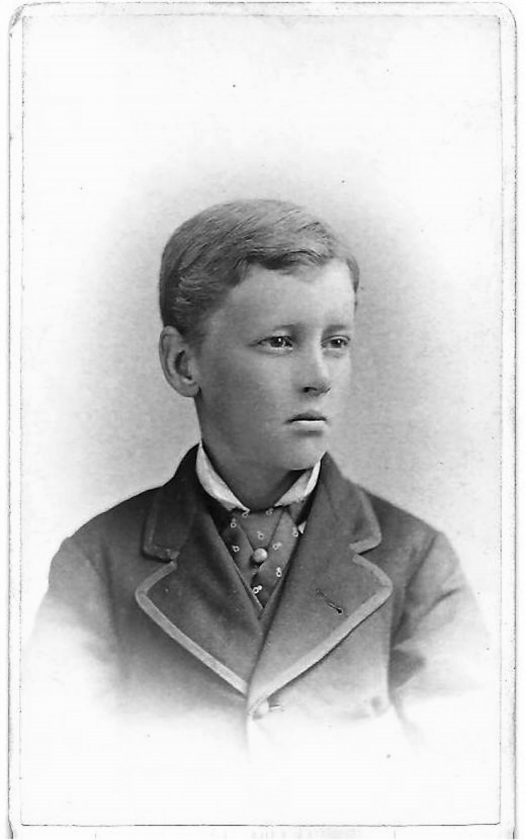 Morgan White is seen in a photo taken in June 1877. (Photo courtesy of the Marquette Regional History Center)

MARQUETTE — Called the “strangling angel of children,” diphtheria is a serious bacterial infection caused by corynebacterium diphtheriae and usually affecting the mucous membranes of the nose and throat.

It typically causes a sore throat, fever, a barking cough like croup, swollen glands and weakness. But the hallmark sign is a sheet of thick, gray material covering the back of the throat, a false or pseudo-membrane, which can block the airway, causing the patient to struggle for breath. Often death came only a few days or even just hours after the onset of symptoms.

Starting around 1870, the number of diphtheria deaths nationwide began to increase. For the nine years from 1869 to 1878, Michigan held its own, averaging 229 deaths a year due to diphtheria. In 1878 that number spiked to 887.

One of the interesting aspects of this epidemic is that it was not reported in the Mining Journal, although there are reports of sudden deaths in young people that could possibly be attributed to the disease. There are two possible explanations behind this: 1) they may have been concerned about causing panic or 2) they may not have realized that it was an epidemic.

Diphtheria was a fairly common illness and it is possible that they did not realize just how many deaths there had been until the statewide statistics were compiled the following year. Consider that those 887 deaths were spread out over the entire state over the course of an entire year and in Marquette in particular, we did not yet have a City Health Officer to track infectious diseases.

Without a local source for details on the epidemic, we are left to rely on the state level reports including the Secretary of State’s Annual Report Relating to the Registry and Return of Births, Marriages, and Deaths and the Annual Report for the State Board of Health. Within those reports, we can see higher numbers of deaths in counties that had active mining and logging, showing that diphtheria clusters shadowed the rail networks and logging camps.

The one family that we know for certain was stricken in the epidemic was Peter White’s. Over the course of eight days three of his children succumbed to the disease. Four-year -old Mark died on April 27, 8-year-old Sarah, known as Sadie, on April 30 and 12¢-year-old Morgan Lewis on May 4.

Their 11-year-old cousin, Ellie Mather, had died on May 2.

In looking at other deaths from Marquette County for that year, while we cannot identify causes of death, we can find 13 families that lost more than one person that year, several within days of each other.

In addition to the Whites, two other families lost three children. In January, Julius and Rosette DeMarse lost Julius on the 18th, Francis on the 22nd and Joseph on the 29th, while John and Catharine Harrington lost, Catharine on June 22, Mary Ann on the 24th and a little over a month later, John died on August 4. It is possible that other infectious agents were responsible, but diphtheria is a likely culprit.

It contains a window made by the Tiffany Glass Company. According to his biography, based on Peter White’s wishes, the chapel was never consecrated so that it would be available at all times for the use of the guilds for entertainments, both musical and dramatic.