‘They paved paradise, and put up a parking lot’ 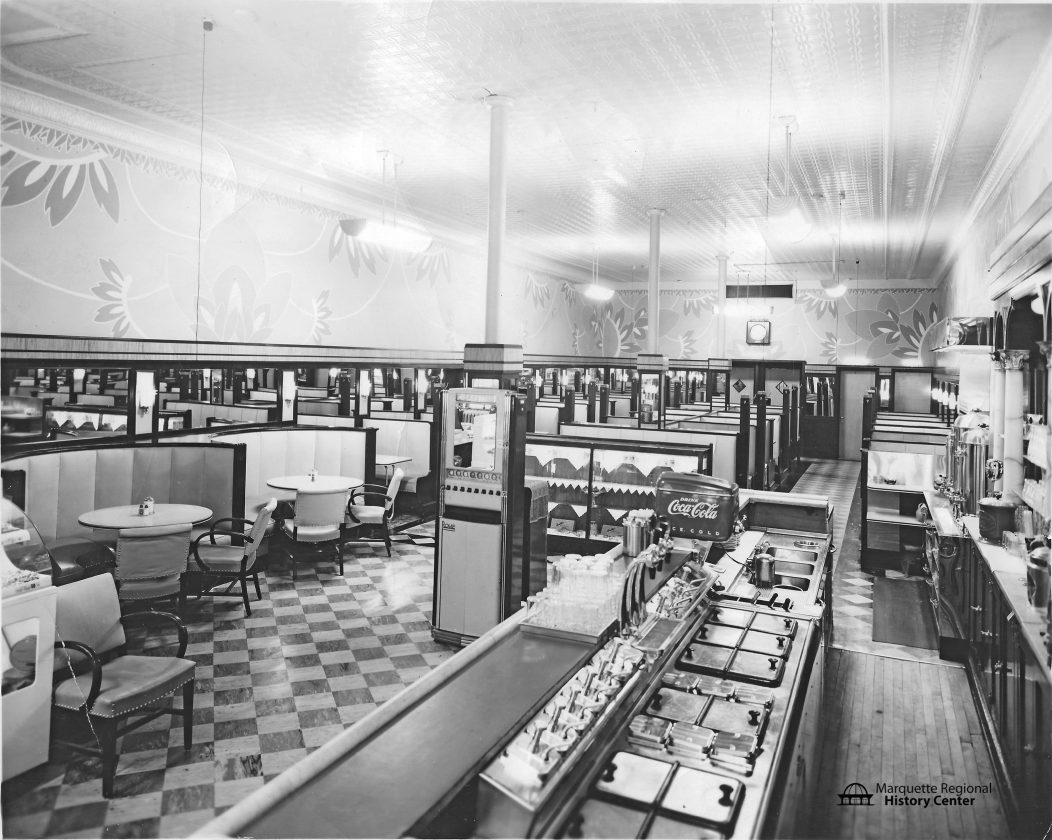 The interior of the Bon Ton Cafe, located at 312 S. Front St., Marquette, is seen during the 1949 Marquette Centennial celebrations. The business was torn down in 1967. (Photo courtesy of the Marquette Regional History Center)

MARQUETTE — Schools, churches, bars, stores, hospitals, and even an entire city street. When you’re looking at parking lots in downtown Marquette, you’re looking at more than a place to store your car while you work or shop.

You’re also looking at a piece of the city’s history.

To quote a great Canadian philosopher, “They paved paradise, and put up a parking lot.” Because Marquette grew up in an era before cars, room had to be made to park them once they came on the scene.

Many times that room came from demolishing old or unwanted buildings. And while not all of the buildings torn down in the past 100 years to make room for parking lots could be called “paradise” by any stretch of the imagination, a surprising number of downtown’s current parking lots were once home to pieces of iconic Marquette sandstone architecture and fondly remembered city business.

One such example would be the parking lot that sits on the west side of the 300 block of south Front Street in Marquette, the lot next to the VAST Insurance building.

Once a hub of downtown Marquette, the 300 south block of Front Street had been anchored by Peter White’s First National Bank of Marquette on one end, and what was at the time Marquette’s “main” street, Superior Street (now known as Baraga Avenue) on the other.

Close proximity to both the railroad lines and the harbor led to it becoming a vital area of downtown commerce and public gathering areas. In fact, the block was home to a veritable “Murderer’s Row” of legendary Marquette bars and restaurants from the first sixty years of the 20th century. While The Central, The Jet Grille, The Dinner Bell, and The Deluxe were just a few of the eating and drinking establishments that called the west side of the block home, there was one that outlasted them all.

That was the Bon Ton.

The Bon Ton originally opened in 1901 as The Candy Kitchen; Greek immigrant James Lafkas sold house-made confections from the shop. He renamed it in 1916, and in 1920 it was purchased by Peter Bouth, who added homemade ice cream to the menu. Five years later he started serving lunch, and by the 1930s the restaurant added a full kitchen, serving meals all day long and at its peak employing 21 people.

In 1953 George Papadakis, who had worked at the Bon Ton since 1938, bought the restaurant, which had just been remodeled with new booths, a shiny chrome interior, and a new bar. However, ice cream was still one of the best sellers of the establishment. A popular choice of customers from that era was the Tin Roof Sundae.

One woman who worked there remembers the combination of vanilla ice cream, peanuts, hot fudge, and whipping cream, calling it “everyone’s favorite.” The malted milks are also fondly recalled; even almost six decades later, another fan says they were “So thick! They filled that glass to the brim and gave you the extra in that ice cold metal container they had made it in with their green Hamilton Beach mixer.”

The Bon Ton closed in 1967; a year later, the building (along with others on that side of the street) was torn down and paved over into the current parking lot. However, one part of the Bon Ton still exists in Marquette.

Before the building was demolished Papadakis’ sons, James and Peter, salvaged some of the equipment and furniture, along with the restaurant’s liquor license, for a new pub they were opening on Third Street. While the ownership of that establishment has changed hands several times, the original bar from the Bon Ton Restaurant is still in use today at Stucko’s Pub.

EDITOR’S NOTE: The “… And Put Up A Parking Lot” walking tour, which will have stories on over 20 downtown parking lots, will be led by historical storyteller Jim Koski. The tour will cover a twelve-square block region of downtown Marquette and will require participants to walk up and down some hills. It begins Wednesday, July 10 at 6:30 at the Marquette Regional History Center. There’s a suggested $5 donation. For more information call the History Center at 226-3571, or visit their website at www.marquettehistory.org. 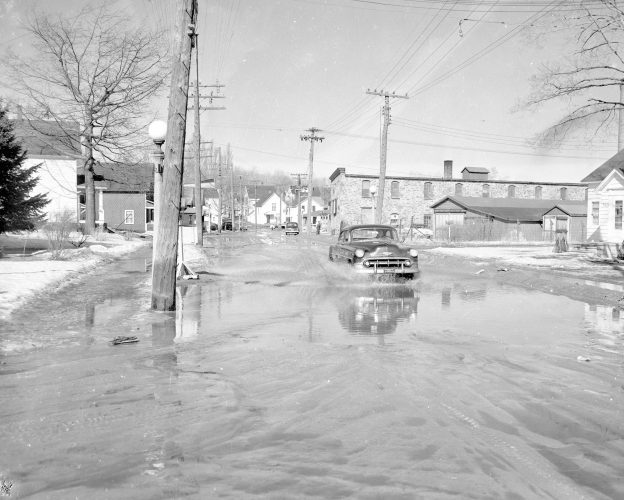 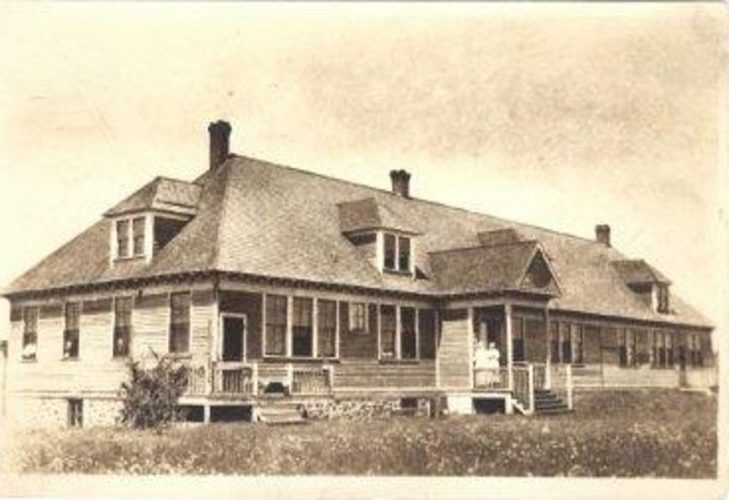 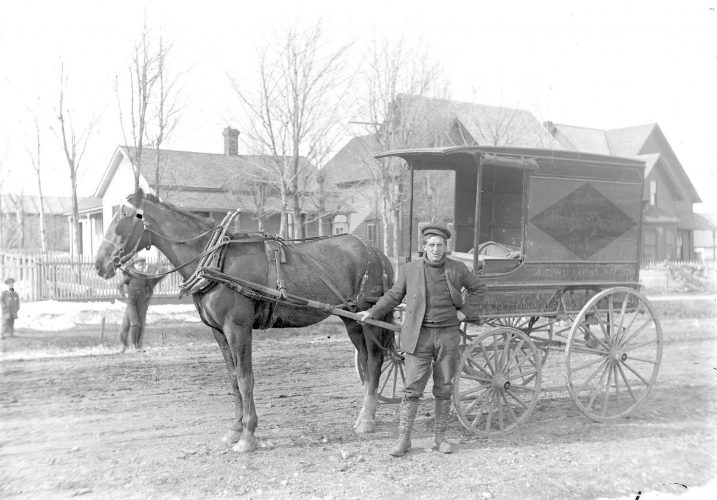 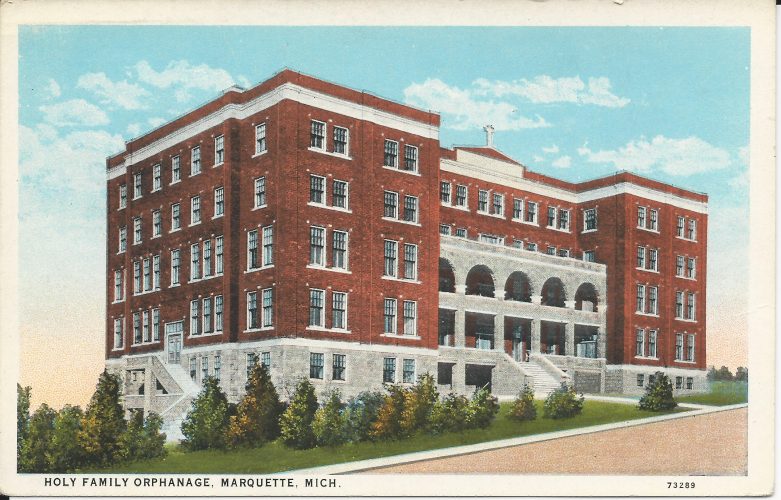