Cutting ice on the Rock River around the late 1940s. E. M. Kepler is on the left and Bill Braamse is on the right. (Photo courtesy Marquette Regional History Center) 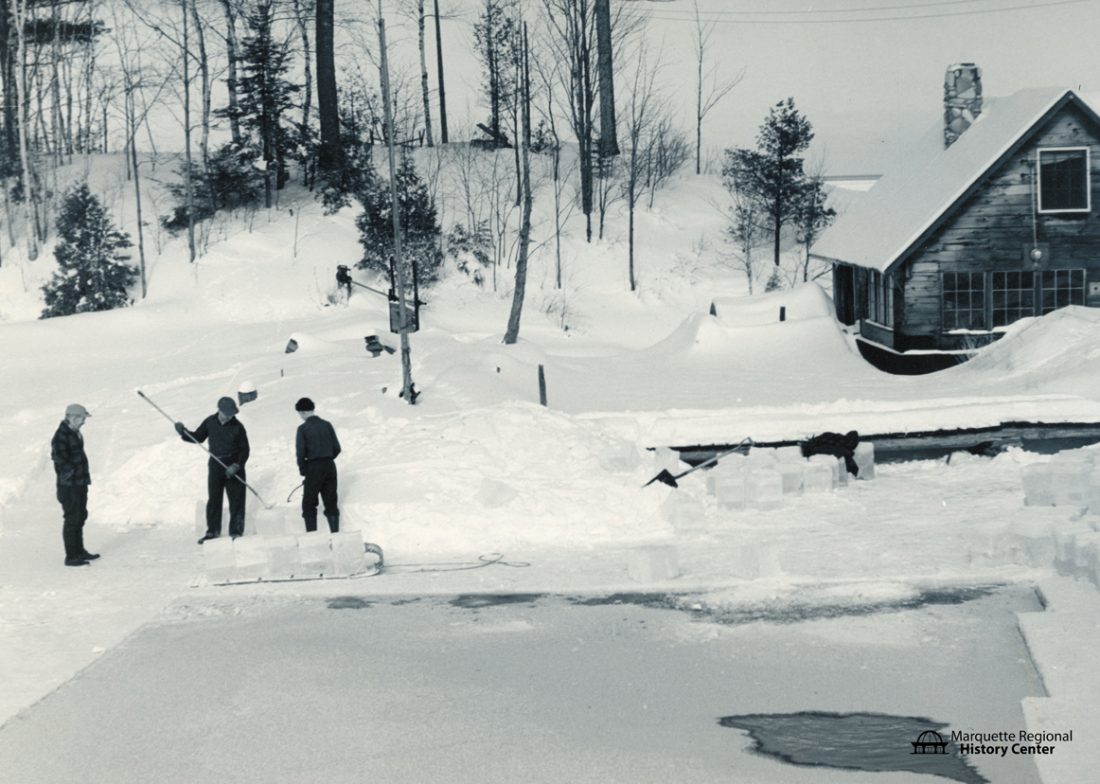 Cutting ice on the Rock River around the late 1940s. E. M. Kepler is on the left and Bill Braamse is on the right. (Photo courtesy Marquette Regional History Center)

Milk box, coal chute, ice box, mail box, paper box … two of these remain. Some people vaguely recall the first three and certainly check the fourth and fifth frequently. After last week’s brush with arctic weather we may still be thinking about snow and ice. Historically, having ice to keep food cold in the summer was as important as keeping the house warm in the winter. Harvesting ice took place in the winter months for use throughout the year.

One of the earliest references to ice harvesting was a Mining Journal article Feb. 23, 1878. “Butchers, fishermen and ice cream men were up to their knees in watery slush endeavoring to rake in next summer’s supply of ice.” This activity took place in the Grace Furnace cinder pond in the present location of Marquette’s downtown marina near Mattson Park. Fisherman Powell bragged about harvesting 150 cords of “solidified aqua pura” for next season. Louis Reidinger, a Front Street butcher, harvested 120 cords. In 1910, over concern for the purity of the harbor ice, a city ordinance was passed prohibiting harvesting from this location.

One the earliest ice businesses in Marquette was formed by Euzebe Reau (1827-1885). Originally from Quebec, Canada, he arrived in Marquette shortly after the Soo locks were finished in 1855. After working as a carpenter and then building and managing an early hotel, Reau established a successful ice business in 1874. The business was situated just north of the lighthouse in the bay now known as McCarty’s Cove. He was the most extensive dealer in “congealed limpidity” in Marquette County. Horse drawn carts serviced homes, hotels, stores and saloons from two ice storage houses. The business also filled large contracts with lake steamers stopping at the port of Marquette. Reau said that the iceman “hopes for a cold winter and a warm summer.” When the winters and summers were both warm there was the danger of “ice rations” or an “ice famine.”

As the population of Marquette increased, so did the demand for ice with resulting need additional for larger storage facilities. The local ice business was then managed by Reau’s son, Joseph (1859-1915). Mr. Reau and his partner, M. E. Asire, did not have the means to make the required additions and formed a stock company to raise the additional money. The Lake Superior Ice Company formed in 1889. The company then built an icehouse (34 by 125 feet) with a capacity of 5,000 tons. It was equipped with a steam elevator, ice planer and other up-to-date equipment. This helped reduce the consumers cost of ice.

Lake Superior ice was the cheapest and most sanitary source of ice for public use. For the 1905-08 seasons, the lake did not freeze sufficiently to make good ice. The conditions for ice formation were ideal only about one winter in four. Winter storms also broke up the ice and the Lake Superior Ice Company began cutting on the Dead River. This site was protected from the full force of northern storm winds. Although the blizzard was bad for the ice business, the harbors opened for early lake navigation. 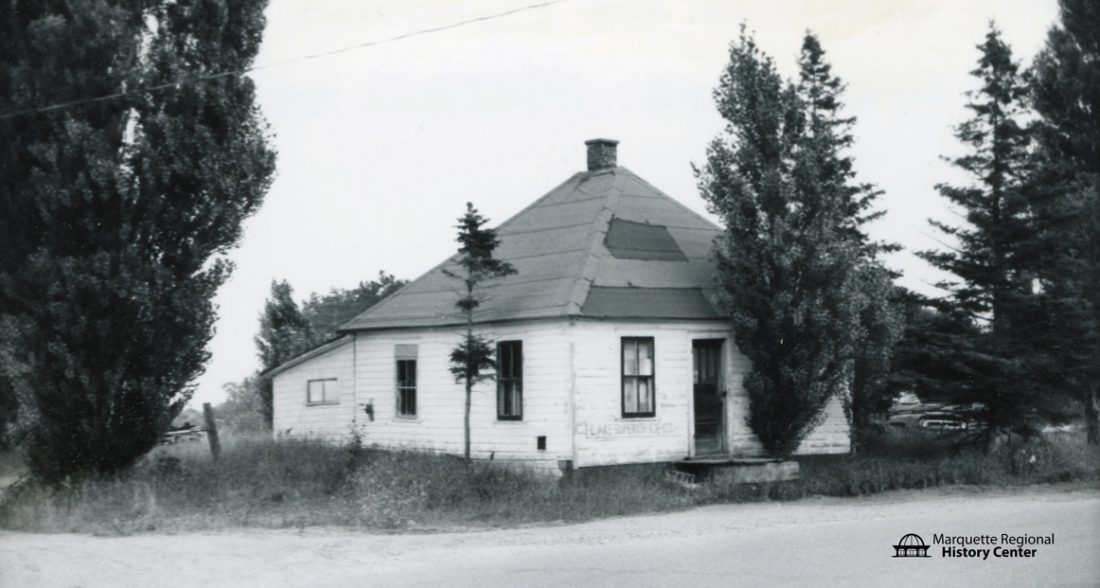 By 1909, the people in Marquette were using about 7,260 tons of ice every summer. Ice was delivered to private homes by wagon at a cost of 15 cents per 100 pounds. Deliveries were made several times a week, depending upon the weather. Food and meat dealers were charged $2 to $2.50 per 100 pounds. Their seasonal cost was about $200.

In early 1909, the company began cutting ice on Lake Michigamme in a contract with the Duluth South Shore and Atlantic Railroad for about 5,000 tons of ice per year for their refrigerated cars. They also cut ice from Teal Lake in Negaunee.

As with any crop harvest, for weeks before the ice was ready the equipment was cleaned and repaired. When the ice was firm enough it was cleared of snow using a horse drawn scraper. Then it was scored and cut into blocks using with huge saws. Horses were used to move the blocks to the wagons for transfer to the ice house. There the steam elevator helped fill the ice house and the blocks were packed with hay or sawdust for insulation.

In 1932, the Lake Superior Ice Company estimated that the population of Marquette would use 4,000 tons of ice per year. Seven years later the estimated consumption of ice had declined to 3,000 tons. The Duluth South Shore and Atlantic Railroad bought 1,400 tons and 375 tons were sold to the commercial fishermen. The 1940 harvest of 4,500 tons took place in February at the Dead River Basin. By this time trucks and trailers were used to haul the ice to the storage buildings.

A succession of businessmen headed the Lake Superior Ice Company. Mike McCarty, purchased the business in 1949. Even though refrigeration was easily available in the 1940s and 50s, the business produced 10,000 cakes of ice annually for local use. Most was used by bakers, meat markets and to refrigerate railroad cars. In 1970, the company became the McCarty Sand and Trucking Company, no longer dealing with ice. In 1976 the old ice office/ice house was removed and the land sold. Mr. McCarty died in 1977. In 1979, Michael McCarty was honored when McCarty’s Cove Park was named after him. 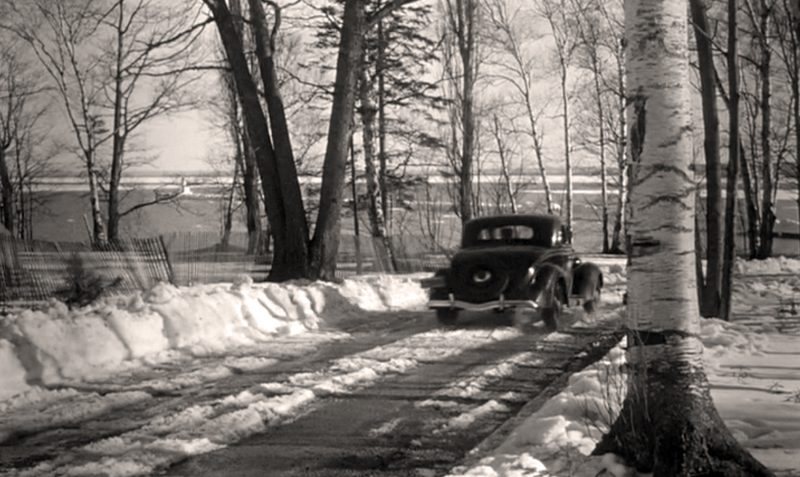 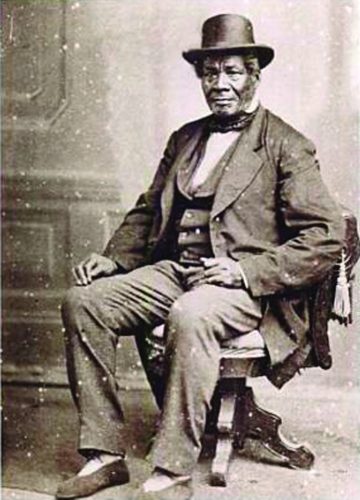 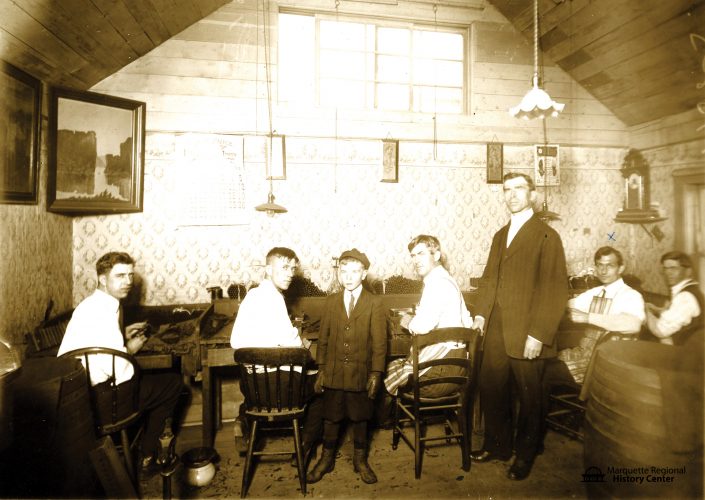