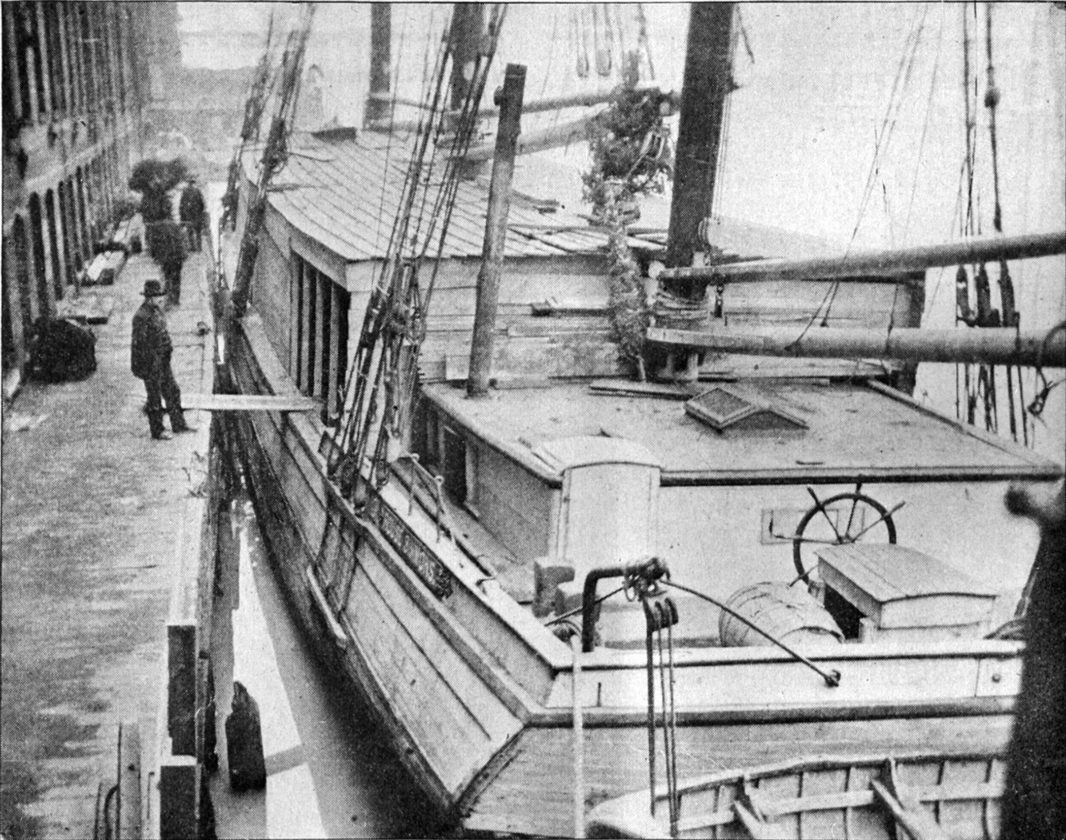 This is believed to be the last photo taken of the Rouse Simmons before it sank. It was taken from an article that appeared in the Marine Review in 1913. (Photo courtesy of the Marquette Regional History Center)

Today, there is no more potent symbol of the Christmas holiday than an ornamented evergreen tree. However, the use of Christmas trees was not widespread in America’s earliest days.

Decorating trees for the holiday came into fashion as America’s cities swelled with German immigrants in the mid-1800s. They brought customs from home that evolved into the Christmas tree tradition we now know as central to the winter holiday season.

As the number of German immigrants grew in the cities of the Midwest, demand for Christmas trees blossomed into a large-scale industry in suitable specimens of spruce, pine, and fir. Trees that did not hold much value as lumber were now worth money to the general public. In rapidly growing urban areas such as Detroit, Chicago, and Milwaukee, there was real income to be made selling trees to Christmas celebrants.

Not surprisingly given our region’s prolific forests, many Christmas tree merchants came to the Upper Peninsula to supply their customers in the larger cities to the south. The problem was that overland transportation proved expensive, time-consuming, and unreliable for such bulky cargo. As a result, entrepreneurs turned to maritime transport. Each November, ships embarked from the southern shores of the Upper Peninsula to port cities along the Great Lakes, laden with a seasonally valuable crop that was of little worth as timber the rest of the year.

Operating a Christmas tree ship was lucrative but extremely dangerous. Captains motivated by profit risked their ships and crews betting against the winter storms that frequently ripped through the Great Lakes in early winter. Many sailors died to feed the growing demand for what were ultimately mere holiday decorations.

Perhaps the best-known Christmas tree ship captain was Herman Schuenemann, who plied the icy waters of the Great Lakes in several ships during his long career, bringing his festive cargo to port in Chicago. He sold trees and wreaths at the Clark Street docks and came to be known as Captain Santa in Chicago newspapers of the day.

Capt. Schuenemann was certainly aware of the danger of the Christmas tree trafficking trade. On Nov.9 or 10, 1898, his brother August went down with a tree schooner called the S. Thal near Glencoe, Illinois. Herman Schuenemann would likely have drowned with his brother except that he was home caring for his newborn twin daughters.

Despite the death of his brother while shipping Christmas trees, Herman Schuenemann continued to make late-season trips from the Upper Peninsula to Chicago. The inherently dangerous nature of his trade eventually caught up with him.

On Nov. 22, 1912, Capt. Santa, now a veteran tree shipper, took off from Thompson, Michigan near Manistique. His aging vessel, the Rouse Simmons, was loaded with several thousand Christmas trees. Observers noted that it looked like a floating forest. On November 23, a surfman at a life saving station at Kewaunee, Wisconsin noted a schooner flying its flag at half-mast, signaling that it was experiencing an emerge

A powerboat set out from Two Rivers to intercept the distressed ship, but snow and wind obscured view of the disabled vessel. The would-be rescuers were forced to turn back, and the schooner slipped into the darkness of the storm. People found Christmas trees washed up on the shore after this incident, but the identity of the ship remained unconfirmed until Herman Schuenemann’s oilskin wallet was found by fishermen in 1924.

After his disappearance, Herman Schuenemann’s wife and daughters remained in the Christmas tree trade. They continued the family business by shipping cargo on schooners, then later utilized trains as rail infrastructure improved. Even when they transported trees overland, they continued to sell them from a docked schooner, as this was key to the brand identity Herman established.

In 2006, the Wisconsin Historical Society explored the wreck of the ship, clearly identified as the Rouse Simmons. Divers speculated from the physical evidence that Schuenemann’s schooner had too much weight in its bow, and that it nosedived into the frigid waters of Lake Michigan.

To learn more about the lake-based Christmas tree trade and the fate of the Rouse Simmons, pick up a copy of local U.P. history author Carl Behrend’s “The Legend of the Christmas Ship,” available now at the Marquette Regional History Center. Those passionate about Great Lakes maritime history will also want to secure their tickets for a special event at Kaufman Auditorium Jan. 24.

Jim Koski and Jack Deo will be delivering an unforgettable presentation about the docks of Iron Bay, featuring historical photos and digitized film footage of Marquette harbor. For tickets, which make great gifts, stop by 145 W. Spring St. or call 906-226-3571 today. 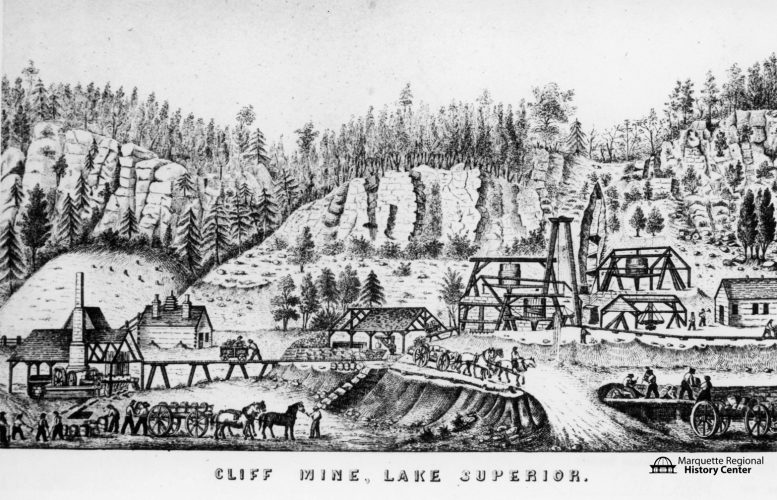 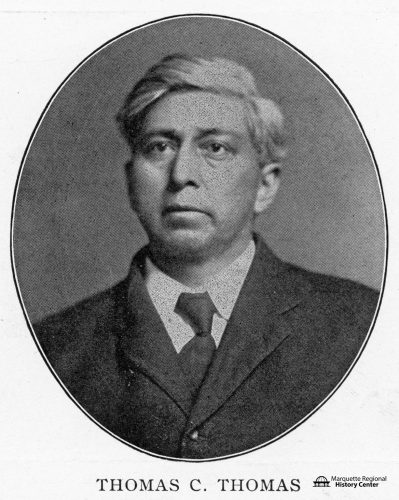