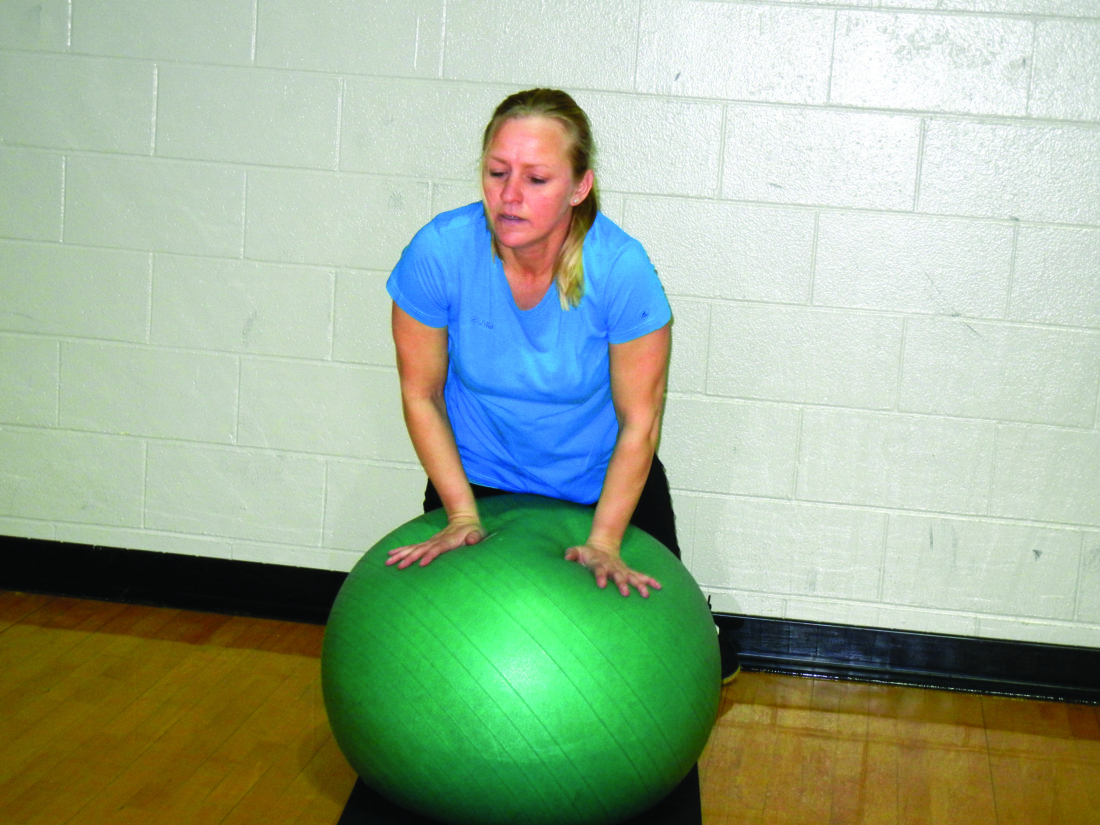 MARQUETTE — Olympians are few and far between, so it was a big deal when a former member of the Austrian women’s luge team visited the Upper Peninsula Luge Club to help the young lugers train.

Of course, Veronika Halder, who finished fifth in singles in 2006 in Turino, Italy, and 12th in 2010 Vancouver, British Columbia, made a trip to the club’s Naturbahn luge track at Lucy Hill in Negaunee.

However, Halder, who came to the area for her visit earlier this month, also helped train the club members — away from the track — by showing them how to balance horizontally on a big ball and engaging them in a pick-up basketball game, among other activities. After all, balance and focus are important qualities for any luger.

Being the extremely fast and exacting sport it is, luge also can be unforgiving. In fact, Halder attributed her 12th place finish in 2010 thusly: “I made a big mistake.”

The UPLC lugers might not have Olympic aspirations, but undoubtedly they want to improve, so off-track training certainly can help. The dryland activities Halder led were part of the training that took place March 12 at the Physical Education Instructional Facility at Northern Michigan University.

“We’re doing a special workout for the luge, just a little warming-up program, and then we’ll be making a circle training,” said Halder, who noted the UPLC lugers were quick to pick up her coaching tips.

The International Luge Federation asked her if she would visit the area and support the training.

“Our goal is to bring as much people, as much children, to the sport, and come to Europe maybe for the Junior World Luge Cup,” Halder said.

Robb Cookman, of Green Garden, took his two children, Torrey, 13, and Katie, 9, both of whom attend North Star Academy in Marquette Township, to the PEIF for the special training.

Torrey has been luging for about three years, first getting started in the sport at age 6 and then returning several years later.

“I liked it, so I kept on doing it, and made my way to the top,” Torrey said.

Katie began to luge because her brother did, but it helped that she enjoyed it.

Tristen Vidlund, 16, of Negaunee High School, has been a member of the UPLC since 2011.

“The only thing that I found intimidating when I started is that I didin’t know anybody that did it,” Vidlund said.

Lucy Hill, the only full-length natural luge track in the United States, is an 810-meter course with an 88-meter drop.

At the Olympics, athletes slide down an artificial, icy Kunstbahn track. The Lucy Hill Naturbahn, on the other hand, is a natural, unrefrigerated course flanked by boards and snow banks.

That doesn’t mean it’s unchallenging. Just ask Torrey, who when asked what was fun about the sport, answered: “Just going down — and try not to crash,” he said.

The bottom section of the Lucy Hill track is open for public sliding during the winter months. For details, visit www.upluge.org.